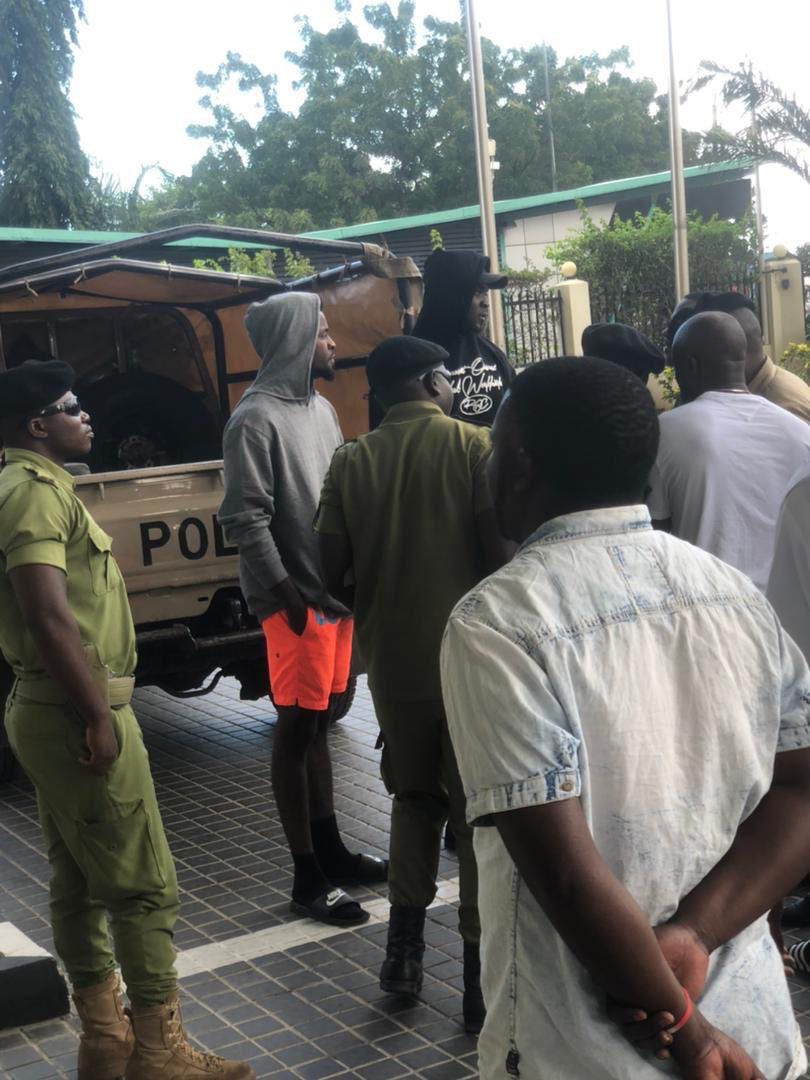 Kizz Daniel has been arrested in Tanzania this afternoon for refusing to show up for a performance at a show.

The “Buga won” artiste was in Tanzania exclusively for the show but refused to show up with the excuse that “he forgot his bag in Uganda and couldn’t buy new clothes or wear a cheap brand”.

Now the organizers of the show say they will not be held responsible for the refunds and damaged property at the venue. They also revealed that they had financed his movement into Tanzania solely by themselves.

He was seen being escorted out of the hotel by the police.