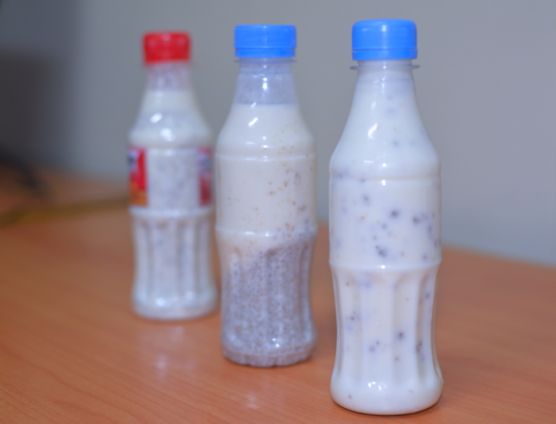 According to research done at the University of Ghana’s Noguchi Memorial Institute for Medical Research, some samples of brukina, as
well as the millet and dairy milk used to make it, contain unsafe amounts of aflatoxins, which can lead to cancer if consumed repeatedly.

The Ghana Medical Journal published the research. Brukina is a millet-based fermented milk beverage that is produced and consumed exclusively in Ghana. However, it is prone to aflatoxin contamination, a significant health risk for low- and middle-income countries
in subtropical areas.

Over the course of seven months, monthly samples of “brukina” were purchased from “brukina” producers for the study. Nima and Ashaiman in Accra each had twenty one samples taken for testing. After testing, the researchers discovered that 2 samples from Nima and 1 from Ashaiman both contained high amounts of aflatoxin (AFB1) that were beyond the permitted threshold. AFM1 levels were over the permissible limit in 12 dairy milk samples from Ashaiman and 10 from Nima.

Aflatoxin contamination was found in some of the “brukina” samples tested, and all levels of aflatoxins increase the risk of cancer. AFB1 was also discovered in 2 millet samples from Ashaiman and 6 samples from Nima. To protect the public from aflatoxin exposure and toxicity, farmers and producers of “brukina” need to be educated on good storage practices and monitored by regulatory authorities, according to Prof. Regina Appiah-Opong of the Noguchi Memorial Institute for Medical Research, the project’s lead scientist.