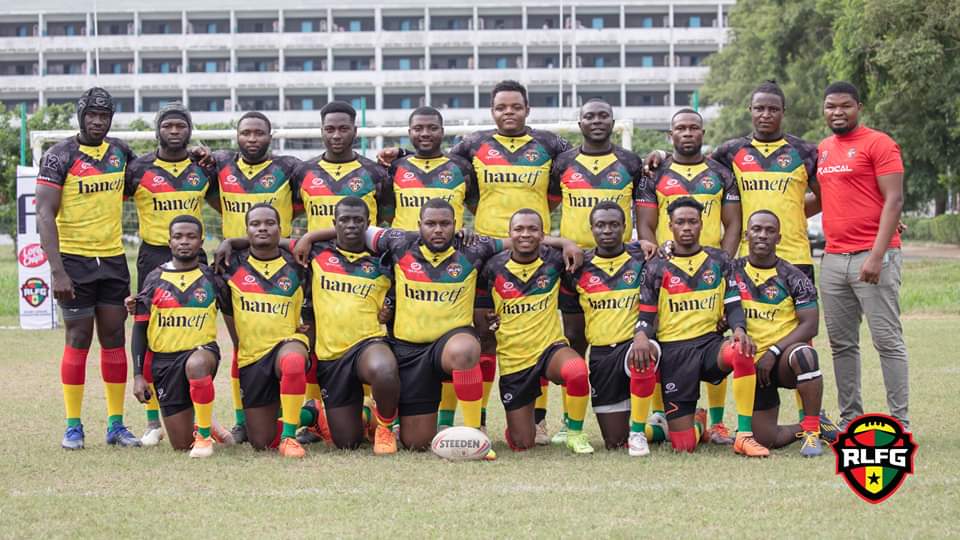 Ghana has received a confidence boost ahead of the 2022 Middle East Africa Rugby League Championship in Accra with a 52-30 defeat of the touring Oxford University Rugby League Football Club (OURLFC).

The Ghanaian team took the game to Oxford University right from the blast of the whistle with Jonathan Adotey scoring as early as the 3rd minute after a John Bless Mensah break. Team Ghana kept the momentum on heading into the shed with a 24:10 lead to end the first half.

In the second half, it was the touring team who started a comeback but were stopped in their tracks with the Ghanaians finding their feet again.

The game ended at 52:30 in favour of The Leopards.

Speaking with the captain of the Leopards, Riddick Alibah, he said his team prepared adequately for this match and has reaped its benefit.
He added that despite OURLFC’s loss, they were worthy opponents.

Captain of OURLFC Ryan Parry shared his thoughts on the game.
” A tough game for the dark blues yesterday. The Leopards came out of the blocks firing on all cylinders with high intensity and good wide play. While we narrowed the score line a couple of times, the leopards kept putting the extra work in”.

“As it was my last game as captain, I want to say a huge thank you to all the lads who came out on this amazing tour and showed great heart across all three games,” Mr Parry added.

Mr Parry finally appreciated the RLFG for making their Tour a memorable one.

“Finally, the club owes a huge amount of gratitude to the RLFG for being such a welcoming host and Behwe Gh for allowing us the opportunity to experience such an amazing country.”

General Manager of the RLFG, Jafaru Mustapha shared his excitement about the win.

“I am happy the national team won this match as the team trained towards this day. Oxford is a really tough side yet we pulled through”

Mr Mustapha added that the win for the national team is a boost in confidence for the team ahead of the 2022 Middle East Africa Rugby League Championship in October.

RLFG will like to show its appreciation to all media partners and sponsors for making the Oxford Tour to Ghana memorable.