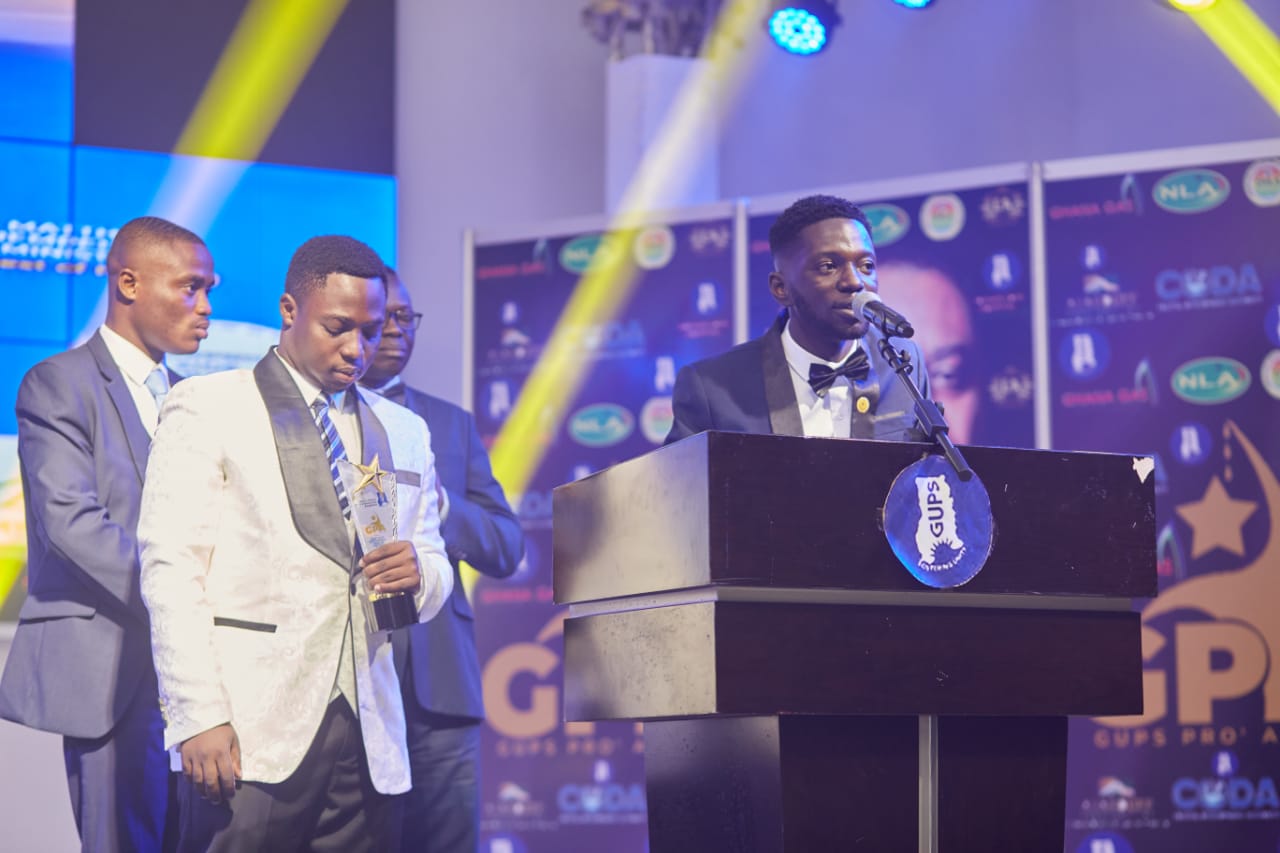 The Paul Adu Gyamfi led administration won prestigious awards in nine (9) different categories in one night. This happened during the 2021 Ghana Union of Professional Students (GUPS) PRO Awards. The event took place at the Ministry of Information GNAT Hall on the 26th of November 2021.

Wisconsin School of Nursing was adjudged the overall best Professional Healthcare school of the year. This award was attributed to the ultra-modern and one of the best skills laboratories in West African. The Department of Nursing and Midwifery incremental pass rate of the nursing and midwifery students at the Nursing and Midwifery Council of Ghana’s licensure examinations.

Mr Norbu Ebenaita (Dj Selorm), the SRC Public Relations Officer, won the Professional Creative Student of the Year. This award was attributed to the consistent creative release of information by the PRO through traditional and digital platforms such as social media. This, they said, allows the student to access helpful information on their phones with ease.

The hall president for John Sackey Hall, Mr Nii Nortey Stephen, took the Best Professional Student Politician Awards; he doubles as the Chairman of the council of halls.

The Wisconsin campus branch of the Tertiary Students Confederacy (TESCON) of the New Patriotic Party (NPP) took the best professional Tertiary organisation of the year, The president and Communication Director, Prince A. A Sadat and Stephen Nii Nortey respectively took the award on behalf of the organisation.