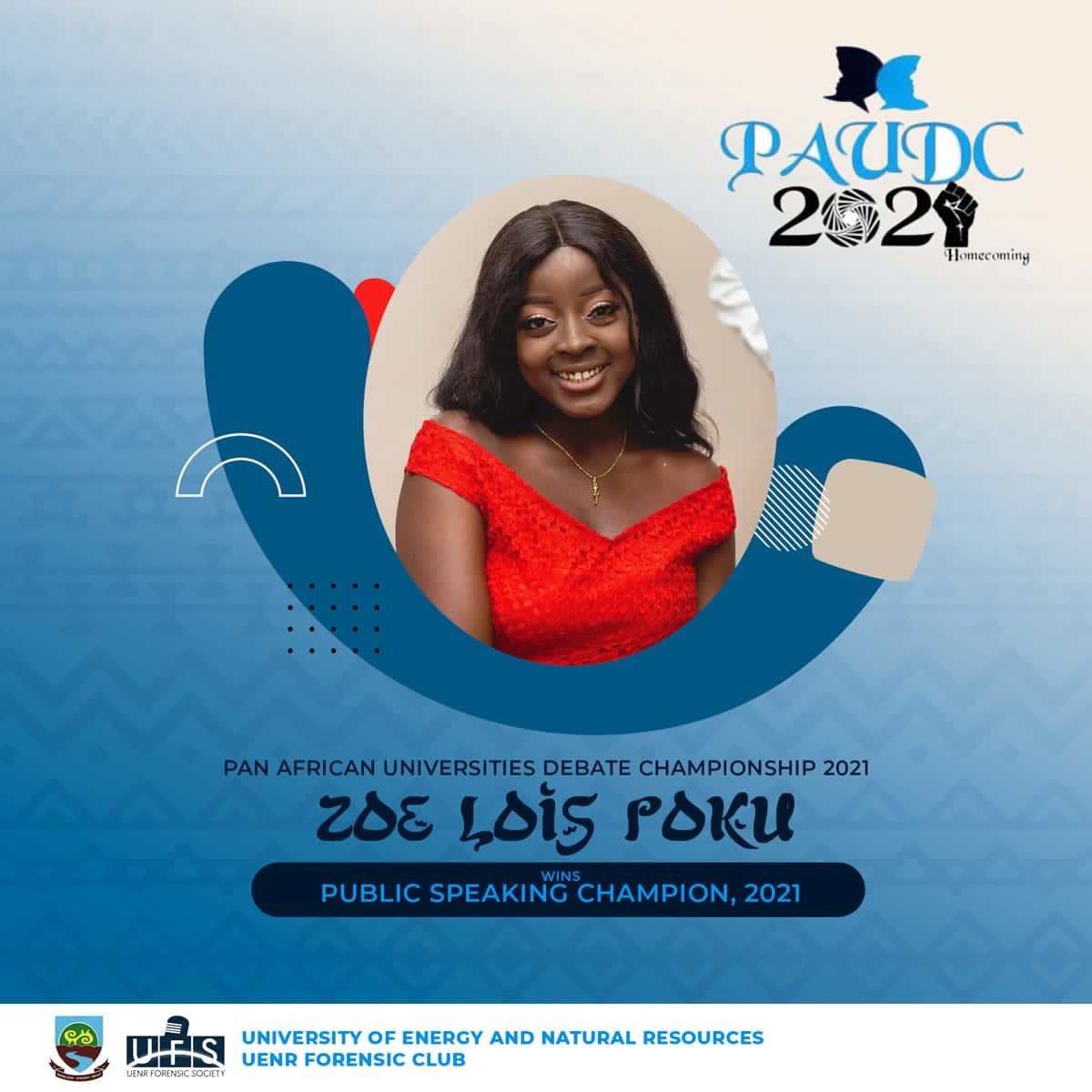 The UENR Forensic Society (UFS) has yet again made us proud in the ongoing Pan African Universities Debate Championships (PAUDC) by qualifying to the semifinals of the debate category and winning the public speaking category as well. UFS is the official debate club of the University of Energy and Natural Resources. It started in 2013 with 5 members and has been growing remarkably since then. UFS has participated in a lot of debate competitions at the national and continental levels and in all those never gave up even when they didn’t reach their expectations.

It’s no surprise that UFS has won PAUDC this year.

The UENR debate team hasn’t only qualified to the semifinals but has also been ranked the third best team in the Pan African Universities Debate Championship. This team is been led by Miss  Pearl Kwadade and Mr.  Joel Acquah with Ms.  Pearl winning the overall best female speaker in PAUDC.

Miss Afia Foriwaaa Yeboah who also was a public speaking judge in the tournament qualified to the finals, making her a PAUDC finalist.

This is a huge success for UFS and UENR as a whole. The UENR debate club and every one of these winners deserve a standing ovation for showing Africa that UENR can be best at something.

Congratulations UFS, this surely is the beginning of greater works. We pray that UENR wins the debate category of the PAUDC as well.

Why Christmas Food Matters During Christmas In Ghana