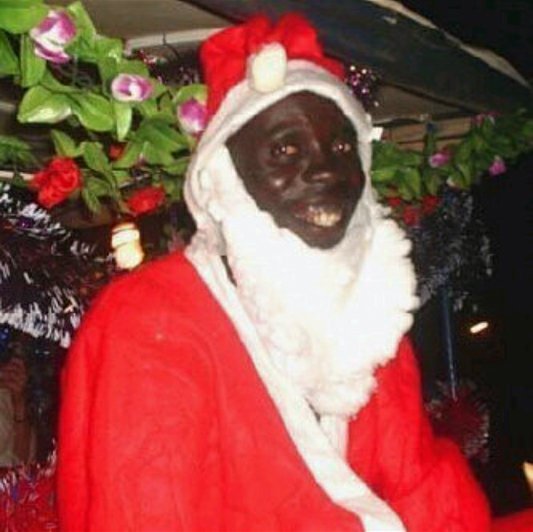 As kids we all watched movies and asked ourselves why Santa Claus only goes to the Western countries? Are there no good kids in Ghana? Even now, it would be nice to have some gifts shared to everyone considering the kind of year we have been having. Unfortunately, even the tradition of gift giving during Christmas is not particularly practised here. The question is, would you come to Ghana if you were Santa Claus? Here are 6 reasons why Santa probably turns down the invitation to Ghana.

1. Everyone has a potbelly.

The person in charge of assigning a Santa to Ghana is probably confused because everyone has a potbelly. Every time the person checks, there are a thousand signals showing that there is a Santa-like person here already so they just skip to the next country. Really, just imagine Santa Claus walking on the streets of Accra, trying to get acquainted to the place, only to run into a thousand other Santa Clauses who are not really Santa Claus but look like him. The confusion because why is the boss sending more than one Santa to one city?

Santa took one look at the 6.95/litre price of fuel and decided that Ghanaians are rich and do not need gifts. How else are you affording fuel at that price, buying new cars and driving with your windows up and AC fully on? This country is not regular.

3. Santa will be blinded by the smoke.

From the movies we know Santa and his team move around dawn and yet somehow, that is also the same time Ghanaians decide to burn stuff outside their homes. How is Santa going to find his way around when every 5 minutes he is inhaling some car tyre smoke or smoke from someone burning their trash.

In every city, Santa would have to pick some people to aid him as elves since he is new to the region. If your Auntie Akos makes it on the elf team for Accra, as soon as she remembers the last time she sent you on an errand and you refused, best believe your house is taken off the list for the gifts.

5. The Government will tax the gifts.

As we all know, the Government may or may not be trying to get back at us for not sending in our contributions towards the construction of the National Cathedral. Before Santa enters the sky border, he would have to pay tax on each and every one of the gifts. Who wants to pay for gifting someone?

6. We call him Father Christmas.