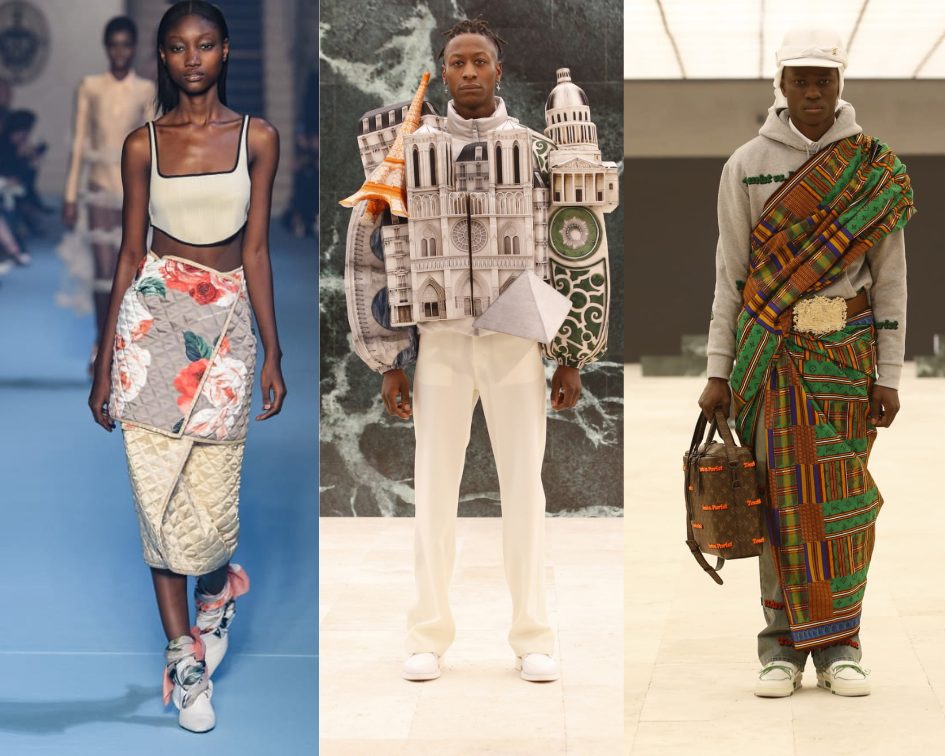 In memory of Virgil Abloh’s untimely death, we’ve compiled a list of his most significant contributions to contemporary world fashion and art.

After a two-year battle with cardiac angiosarcoma, Virgil Abloh, the eccentric and almost controversial Ghanaian but USA-based designer passed away after having been on the fashion industry scene for almost 15 years.

From 2018 until his death in late 2021, he served as the artistic director of Louis Vuitton’s menswear line. Abloh was also the CEO of Off-White, a fashion label he founded in Milan in 2012.

Abloh, who is originally trained as an architect, began his career in international fashion in 2009 with an internship at Fendi, where he worked alongside American rapper Kanye West and was immediately catapulted into the limelight after founding Off-White.

In 2018, Abloh was named as one of Time magazine’s 100 most influential people in the world. In celebration of his work, we take a look at 10 of his most iconic moments in Fashion history: