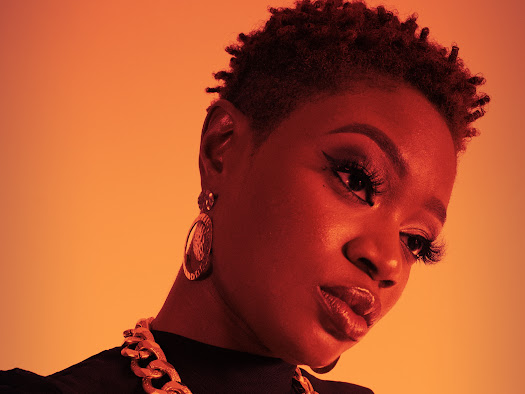 If you ever questioned where all the Ghanaian female artists in the country are, then this one will tickle your fancy. Meet NYA, a Ghanaian-Canadian singer/songwriter. She is now taking her first steps into the industry after a six-year journey refining herself and the music. The songstress spent time aligning her influences while finding a unique sound. Now, this budding star is ready to share her artistry with Ghana and the world beyond.

Nana Ama Antwiwaa Nsafoah, popularly known as “NYA” was born on February 7th, 1991 to Ghanaian parents Kwabena and Margaret Nsafoah, in Toronto, where she was born and raised. From an early age, she showed her passion and love for music. Her musical influences come from several genres but mainly R&B. She looks up to artists such as Toni Braxton, Erykah Badu, Aaliyah, Rihanna, D’Angelo, Mary J. Blige, Michael Jackson, and Musiq Soulchild. She also draws inspiration for her Afrobeats sound from Kojo Antwi, Ofori Amponsah, Wizkid, and Kofi B.

Some of NYA’s standout attributes include her vibrant spirit and sonic versatility. These attributes account for a large part if not all evident blends of her African elements with current urban trends. She is breaking into the Ghanaian creative scene with urgency. This already has her collaborating with top music producers such as Kuvie, ZODIVC, and TubhaniMuzik.

On 5th November 2021, NYA dropped her lead single “Choke” off of her upcoming EP titled, “AltéNOVA”. The song is a fine balance of Nya’s fine vocals and tastefully rendered production from ZODIVC, which sets the mood for romance and good vibes. Since its release, the single has received nothing short of praise from renowned pundits such as Mr. Logic and Andy Dosty.

“Choke” is available on multiple streaming platforms such as Apple Music, Spotify and Boomplay.

The song is also featured on note-worthy playlists across different streaming platforms. Some of which include:

To top her list of qualities with her charm and charisma, NYA is poised to captivate a wide audience. She will be featured with popular female artists such as Efya, Cina Soul, Wavy the Creator among others on “Stella” an album by Kuvie. Kindly stream “Choke” on all platforms and be a part of the movement to bring a new wave from this talented songbird.