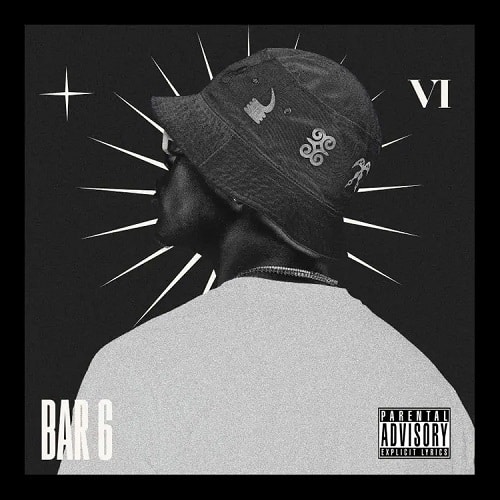 After what seems to be a long hiatus, EL is back with the BAR series and if you have been following, we are on the 6th Edition of the BAR series. 6 projects all directed towards promoting hiphop in Ghana and introducing new amazing acts to the World. According to the BAR himself, this new tape is his new favourite. So, we decided to give it a listen and here are 7 songs you definitely should listen to, in order of our favourites off the 14-track tape.

First of all, we need to give PeeOnDaBeat his flowers cause he finished work on this hip-hop beat. This is the third song on the tape and it features a new artiste called NovaBlaq. EL begins with a quotable verse that proves that he is the best at this rap game and this win comes with a lot of money in his account. Our favourite line definitely has to be “I do want a relationship , and I want it ASAP, with a girl like RIRI“. Did you catch that?

If you have been paying attention to the BAR series, you’d know that on each of the tapes, except BAR 3, there is a song dedicated to the problems we face in this country. From the Dumsor, to the Police, Bad roads and shoddy Government officials. This Country, the fourth song on the tape, is that song on this tape. He even goes ahead to feature the recent news of the Government Payroll being filled up. This may just be our favourite “Ghana – themed” song across all the BARS.

This is the first song on the tape and if you are here, you already know that no artiste has a better intro for their album than EL. His intros mostly begin with a sample of classic music, and yet again, he delivered. On Time, EL samples the first verse of Time is on my side by the Rolling Stones. He also begins with a line from Jay Z’s My First song, which says “Y’all wanna know why he don’t stop, Y’all wanna know why he don’t flop“. Time is all about EL showing us that he already proved 5 times already that he is the BAR and BAR 6 is no different.

If you are not into heavy bars then you should probably skip the 7th song on the tape. It features Lyrical LJ, who first made an appearance on the BAR series in BAR 4 and then in BVR. Produced by Nshona Music, EL delivers the first verse and Lyrical LJ comes in with his heavy punches and usual word play. Favourite line has to be “My greatness is mounting (mountain) that’s the only way I can ever rest (Everest). Our favourite has to be the third verse where both EL and LJ rap on the beat together.

This is the last but one song on the tape. EL takes this opportunity to speak on mental health, the importance of friendship and family during times like these, and of course he doesn’t leave without letting us know that without him, the hiphop scene would starve to death. He features Kxng Tradey who also comes in with a verse showing the struggles underground artistes go through in the music scene and life in general. EL ends by showing his appreciation to all those who worked on the BAR 6 tape and his fans.

This is the 9th song on the tape. It features Yung Pabi and Temple. Both rappers came in with killer verses after EL flexed on us about his talent, money and women. He also delivered the hook in which he gave shoutouts to other African countries. Yung Pabi started with Twi, added a bit of Ga and ended with twi, talk about Diversity. Temple came in with the big boy lyrics and killed it.

The last song on the tape is exactly what the title says. Your turn, because for the first 1:06 minutes, EL gives space for anyone to rap on the beat and then he comes in at 1:07, raps for a few minutes and leaves the beat playing at 1:34 mins till the end. Would you leave a verse on there or not? Let us know your favourite on the BAR 6 if it’s not listed here.