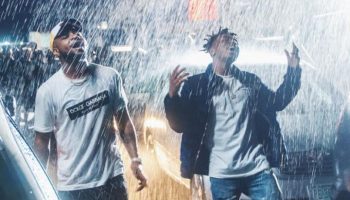 Leave it to Adele to have the “hardest” of men and the “baddest” of women, reminiscing about heartbreaks from 5 years ago, even the ones we have healed from.

At midnight almost everyone was up waiting for the new single off her #30 Album, titled Easy on Me. In less than 12 hours, the video has recorded 20 million views on Youtube. Talk about bringing the world together, with a sad song. Here are 6 people we know are definitely listening to the new single, Easy on Me, right now.

Why do you put yourself through all this hurt? Are you not going through it enough with nobody sending you good morning and goodnight texts? Now you are up at 3am asking God when your time will also come. When you will also start tweeting “this one, this man”. Is it still on repeat? Do you enjoy suffering? Take it easy on yourself first dear (pun intended).

The trick is to listen to the song and post the lyrics all over social media to make you think he/she is going through it and is lowkey remorseful. It is all lies because the game is the game. This is how they suck you back into another 2-3 months toxic talking stage till they get tired and leave. Stay sharp, stay alert and save yourself.

Not these 30+ men playing Adele’s new single on loop in their cars this morning on their way to work, planning how to convince their girlfriends to take it easy on them and give them time to leave their wives. Jokes on you, because that is never happening.

4. The People Perching Other People’s Relationships.

It’s certainly the wrong time for this song to come out because just last week you were asking God for a sign to know if you should stick around and wait till they break up or move on with your life. Excuse us to say, Adele availed herself for God to use her.

5. The Ones Dating People Who Are Not Dating Them.

This is literally everybody right now, because Adele is the only GOAT that can turn a Future into a John Legend.