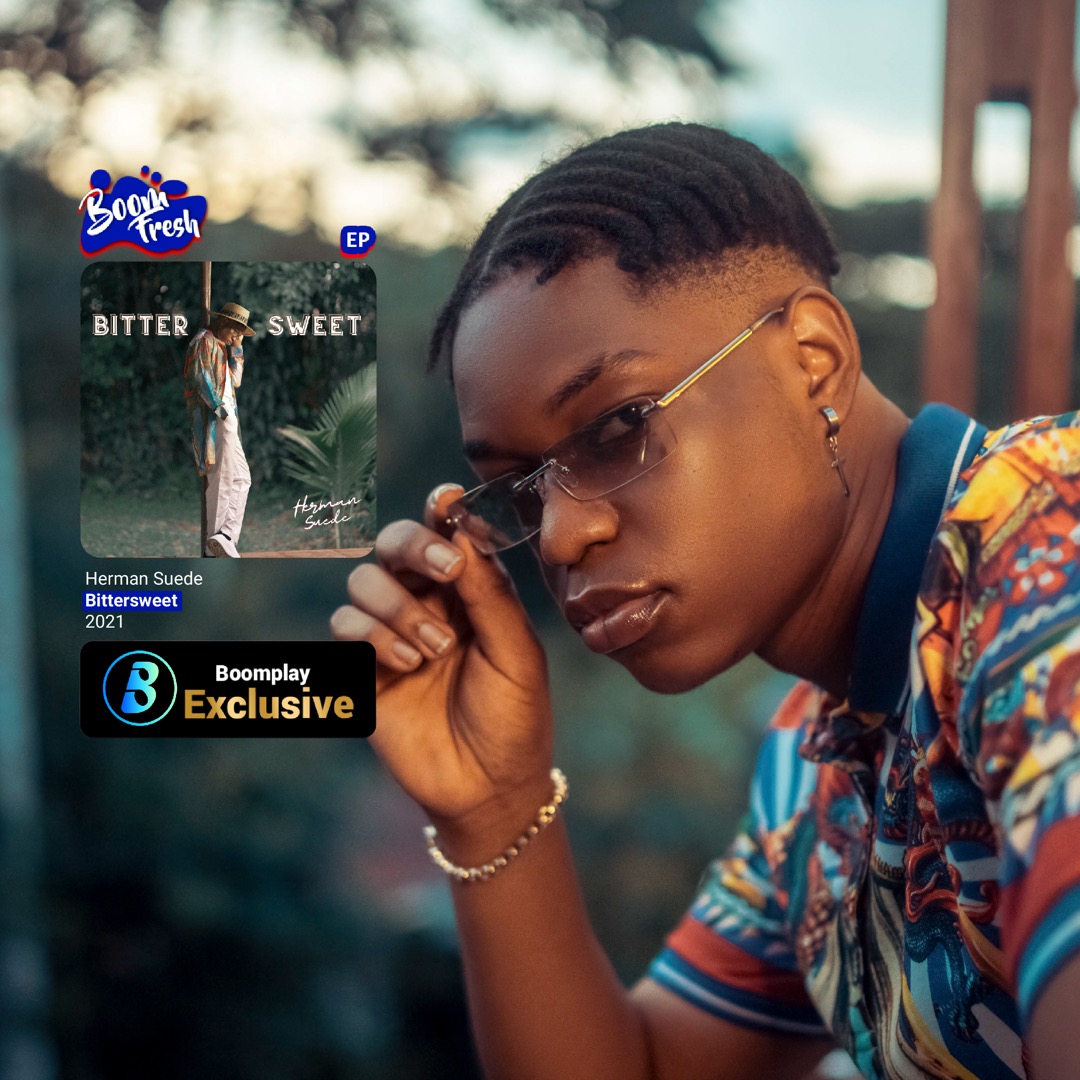 18-year-old Ghanaian music sensation, Herman Suede, announces his return with the release of a 5 track EP titled, “Bitter Sweet”. Available exclusively on Boomplay until 15th October, “Bitter Sweet” is an ode to the vicissitudes of romantic relationships and how the young artist chooses to navigate them.

Herman Suede has been consistently building an outstanding catalogue of work over the past few years, following his appearance on Sarkodie’s “Black Love” album with the track “WOMBA”, and solo concert dubbed “After Prep” in 2019.

On a release run in 2020, Herman dropped the feel-good “Free” and reflective“Star” . The young singer-songwriter then reached out further into Africa to collaborate with Ugandan rap artiste, Navio, with the artfully blended East and West Africa sounds in “Medawase”. In his final showing of 2020, Herman released “One by One” where he laments about love and his desire to display his love and affection towards his partner one step at a time.

Following the success of his single “One by One” in October 2020, Herman is now making use of his swooning lyrics and vivid vocal delivery to contemplate the different facets of love within a single concise body of work – “Bitter Sweet”.

“Bitter Sweet” captures the different stages of a relationship, lamenting over the pursuit, maintenance, display, and eventual loss of Love. The EP consists of 5 songs with focus tracks: “Meant for You”, “Naa Kwarley” and “One by One” as a bonus track. Each song on the EP displays a unique perspective of relationships, incorporating sounds and rhythms from Hip Hop, Afrobeats, and R&B to truly bring the project to life. Producers such as Shadxw, Ransom Beatz and S. Kool Beatz brought their ingenious instrumentals to further animate this EP into an accurate picture of how bitter sweet love truly can be. The entire EP is also mixed and mastered by MikeMillzOnEm, a long-time collaborator of Herman’s.

Things we love to see🥰. The new Gen taking over🕺🏻.

Listen to @hermansuede ‘s #Bittersweet EP; out and exclusive on Boomplay! 😇