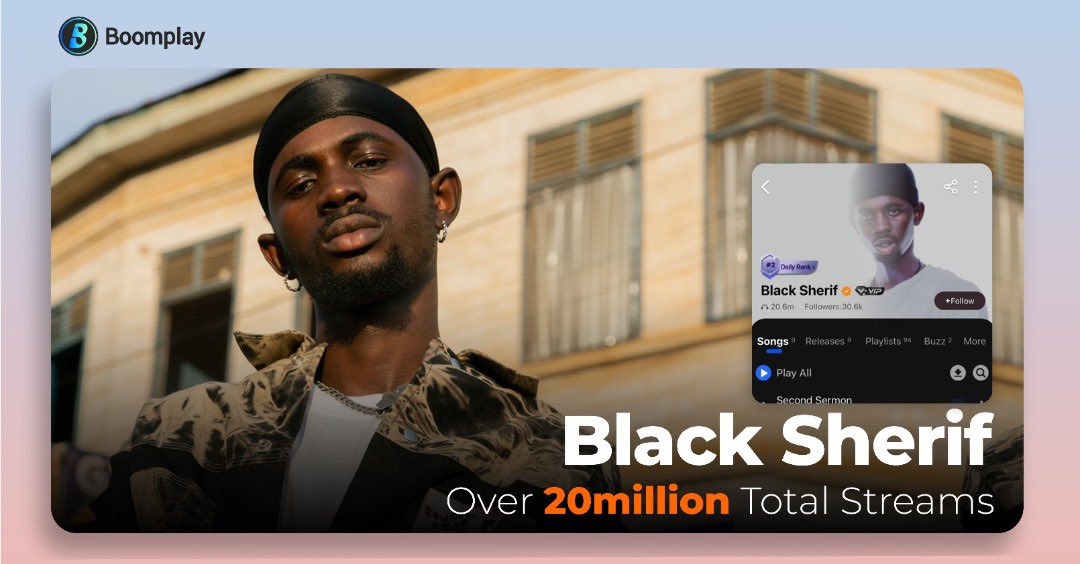 Black Sherif has also received support from Sarkodie, Criss Waddle, and Edem projecting him as the next big Artist to go mainstream in Ghana.

Adding to the number of hit songs this year, Black Sherif has released three singles and has been featured on numerous viral hit singles.

In February, Black Sherif released “Ade Akye” his debut single for the year. According to Black Sherif, “though it is a sad song, it will not put you in your feelings or make you cry but rather ginger you to get off your seats and hustle.”

Black Sherif in March decided to release “Ankonam”, a follow-up to his February single. ‘Ankonam’, which translates as a loner, is a mid-tempo song that describes the struggle of a poor man who has been on his own due to his condition. Black Sherif, who is known for his powerful and soothing voice together with his touchy lyrics, effortlessly tells the story to perfection.

Later in June, Ghanaian-UK producer Jae5, who has been exploring new sounds and finding the best new act to work with from Africa, after creating magic tunes with Nigerian Artist Buju, approved of Black Sherif’s trap music style.

In a reply to a video of Black Sherif’s “First Sermon”, Jae5 quoted the Tweet saying “This is fxcking hard.“