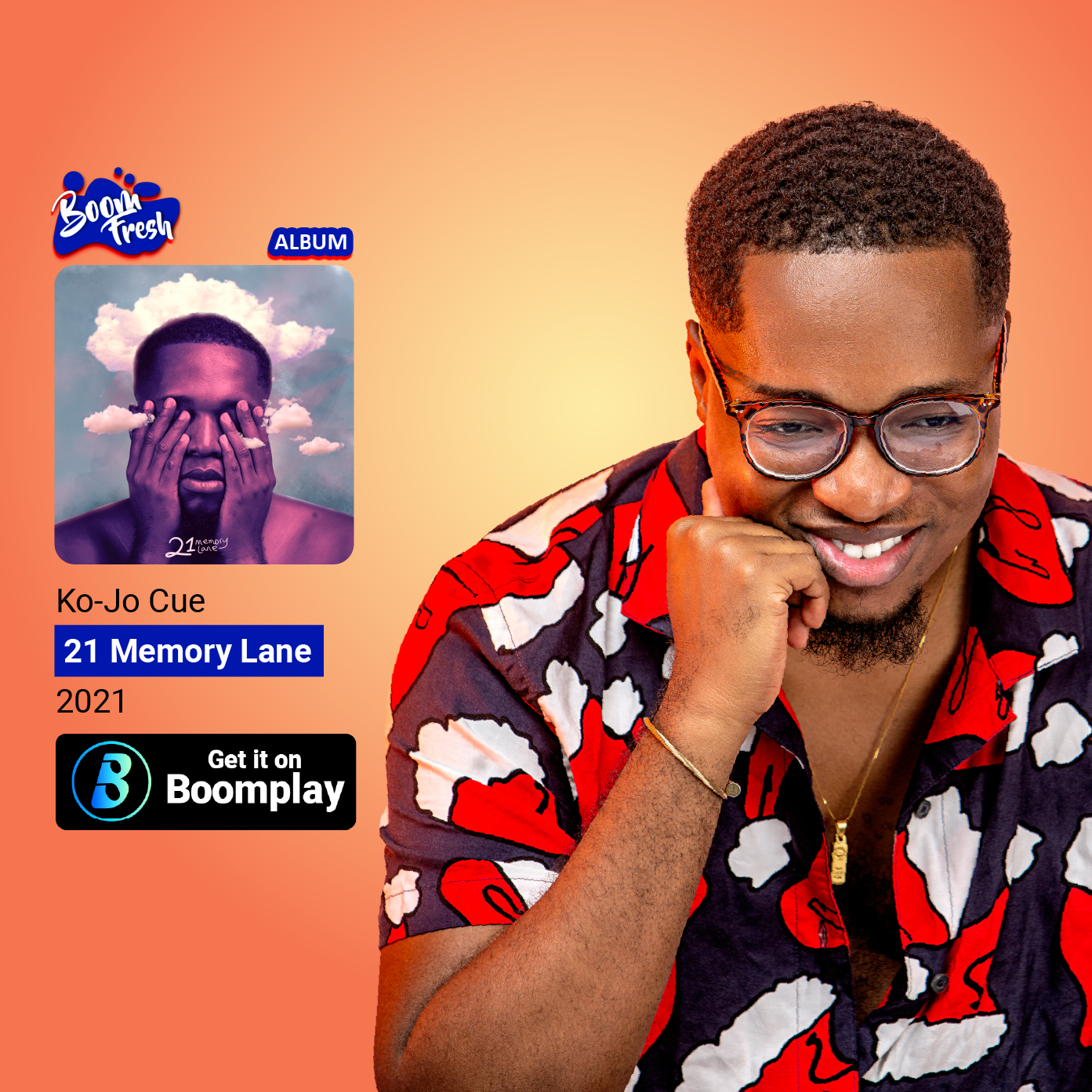 Kojo Cue’s “21 Memory Lane”, is a six-track-listing extended play exclusively on Boomplay and it features the likes of Efya, Kelvyn Boy, Riky Tyler, Reynolds The Gentleman, and Kojo Eyshun. The project is centred around the theme of love and how memories are the only thing we have left of its existence.

Fans have long waited for this album which was scheduled to be released in July, however, Kojo Cue had to postpone the release date due to production errors in some of the songs which were identified few days before the set date.

Kojo Cue explained to fans in an interactive session via Kaly Jay’s Space that some clearance was needed before he could include a Nigerian feature, however, the change couldn’t be done in time before the album was released, hence the song had to be taken off the album completely.

Announcing the release of 21 Memory lane on Twitter, Kojo Cue said, “Sometimes love visits and leaves without saying goodbye. All you have left is music that feels like the memories you shared.”