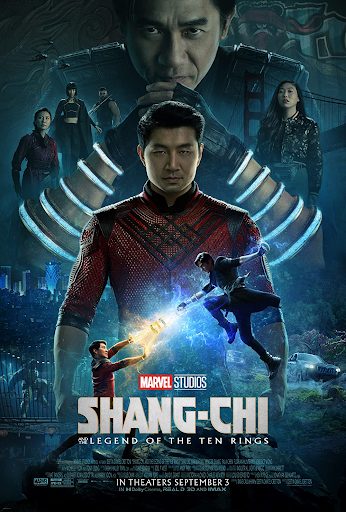 Though a hectic week has started, you can still find some time to enjoy life by watching some of the latest movies in the cinema. You can kick back and relax with family and friends and enjoy the best of movies.

We recognise that choosing a movie to watch is a job on its own so this will help you sift through the numerous movies released last week and the last couple of months.

We have narrowed the list to 5 of the best action, thrilling and horror movies to watch with your squad at the Silverbird Cinemas.

This week’s Bingelist has the best of movies, which includes Candyman, The Forever Purge, Shang-Chi and the Legend of the Ten Rings, Free Guy, and Protégé

Shang-Chi and the Legend of the Ten Rings

Martial-arts master Shang-Chi confronts the past he thought he left behind when he’s drawn into the web of the mysterious Ten Rings organization.

Rescued as a child by the legendary assassin Moody, Anna is the world’s most skilled contract killer. However, when Moody is brutally killed, she vows revenge for the man who taught her everything she knows. As Anna becomes entangled with an enigmatic killer, their confrontation turns deadly, and the loose ends of a life spent killing weave themselves ever tighter.

When a bank teller discovers he’s actually a background player in an open-world video game, he decides to become the hero of his own story — one that he can rewrite himself. In a world where there are no limits, he’s determined to save the day his way before it’s too late, and maybe find a little romance with the coder who conceived him.

For decades, the housing projects of Chicago’s Cabrini-Green were terrorized by a ghost story about a supernatural, hook-handed killer. In the present day, an artist begins to explore the macabre history of Candyman, not knowing it would unravel his sanity and unleash a terrifying wave of violence that puts him on a collision course with destiny.

Adela and her husband, Juan, live in Texas, where he works as a ranch hand for the wealthy Tucker family. Juan impresses the Tucker patriarch, Caleb, but that fuels the jealous anger of his son, Dylan. On the morning after the Purge, a masked gang of killers attacks the Tuckers, forcing both families to band together and fight back as the country spirals into chaos.