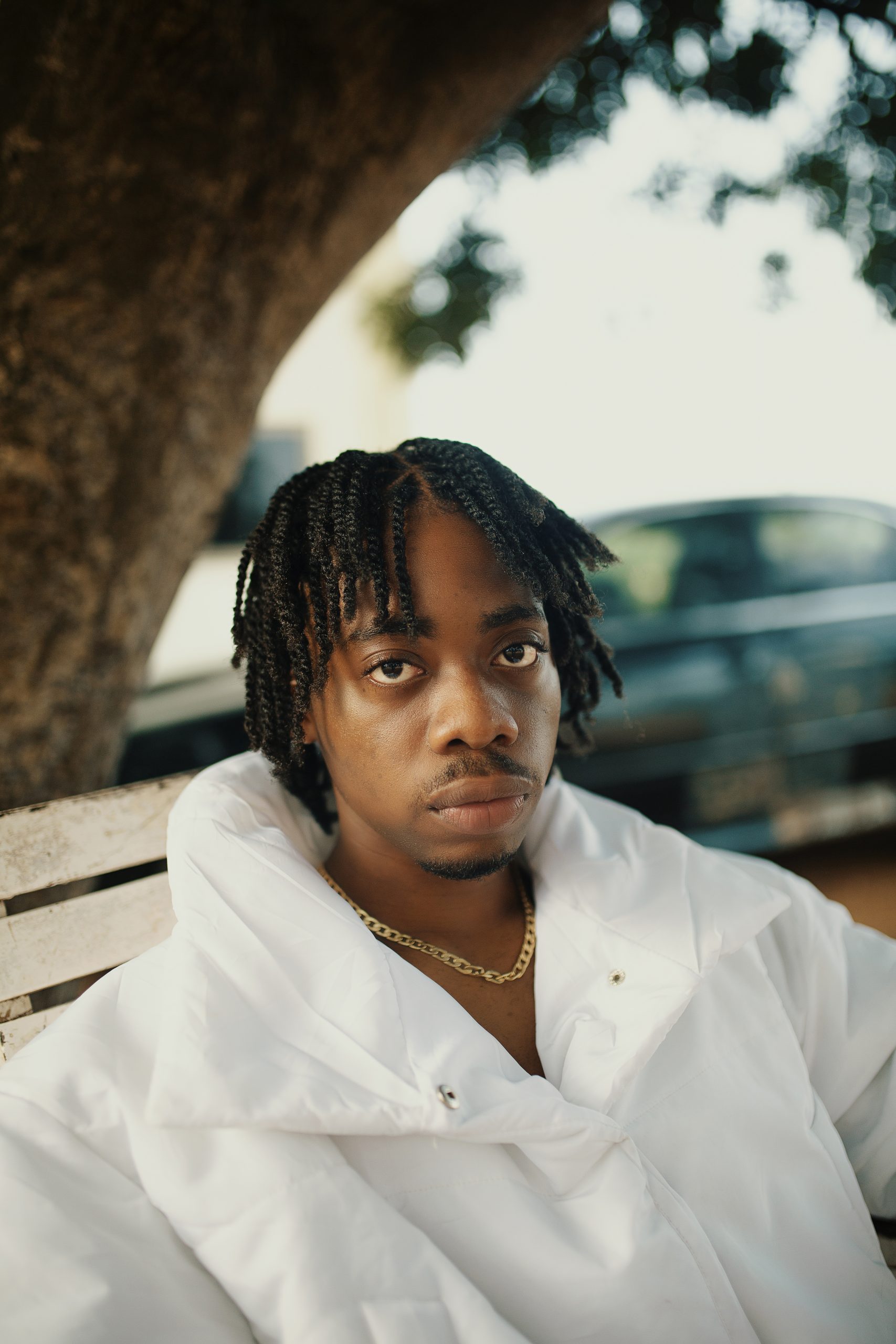 Yung D3mz is the youngest producer to have been nominated for the Producer of The Year award at the 2021 edition of the VGMAs. Born Nicholas Edem Coffie, Yung D3mz found love in music and made his debut as a producer first before introducing himself as a vocalist. He is the producer behind Kwesi Arthur’s “Baajo”, “Turn on the lights”, Gyakie’s “Whine” among others. As a vocalist, he has been featured on songs from DJ Kwamzy, Moor Sound and a joint project with Boye The Genius and Uche B titled “Girls Like You.”

It is for Yung D3mz’ uniqueness and versatility that Guide Radio 91.5FM chose the artiste/producer as the 1UP Artiste of the Month of September.

Yung D3mz’ debut as an artiste came with an EP early this year titled “Yung”. On each song, D3mz flexes his range by playing around with different genres resulting in a 5 track project that proves his experience as a producer makes him an even better artiste.

During his lyric breakdown on the Taped Essentials show on Guide Radio 91.5FM’s Instagram, Yung D3mz revealed that the infectious lead single off the project, “Fever” is actually an unfinished song. In another conversation with Guide Radio 91.5FM’s Sundown Show host, Moor Sound, he also shared that his versatility will soon expand from music into other art areas such as film.

1UP Artiste of The Month is a Guide Radio 91.5FM initiative. Every month, an extremely talented artiste is selected and amplified by the station both on-air and digitally. Through interviews, curated content and more, Guide Radio connects the 1UP artiste to a wider audience and brings fans closer to the artiste.

Catch up on everything you need to know about Yung D3mz and his music on Guide Radio 91.5FM’s YouTube, Triller and every social media account @GuideRadio915. Listen to the station live on 91.5FM or stream via DailyGuideNetwork.com.