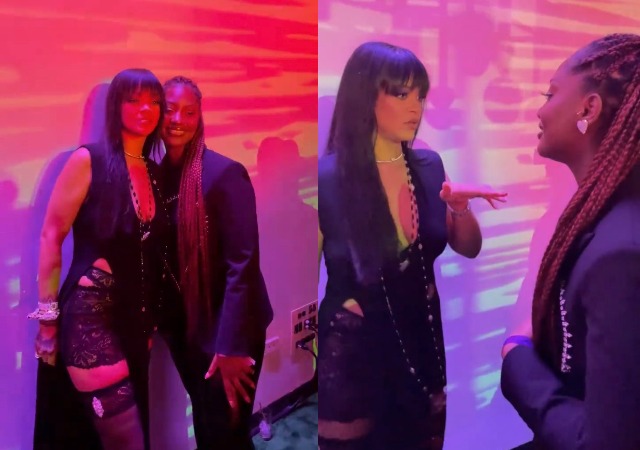 Nigerian singer, songwriter, and record producer, Tems has finally met Rihanna. Tems is currently in the US to promote her new Ep “IF Orange Was A Place.”

Tems’ manager, Muyiwa Awoniyi posted a video on Twitter with the caption “A moment to remember- @temsbaby x @rihanna.” The video showed the excitement between Tems and Rihanna.

Despite the video being inaudible due to the background noise, you could hear Rihanna say “Oh My God” while covering her face in shock. The two then took numerous pictures together, Rihanna could be seen describing how she felt about Tems song.

The 45 seconds video is evidence of Tems success and a statement to all those who doubted her.

On the 15th of September, Tems released her second EP “If Orange Was A Place” and in her press statement said, “I am excited for everything the future holds, My team and I have been working really hard over the years, now we’re in a new season and on a higher level and things can only get better as we reach more people all over the world. I’m looking forward to this new partnership with RCA/Since ’93 and working with their talented teams as we enter in this next chapter.”

“If Orange Was A Place” was heavily produced by Ghanaian Record producer GuiltyBeatz with mixed and mastered by Spax. Tems only featured American-singer Brent Faiyaz on the EP.

We hope Tems is able to convince Rihanna to jump on any of her songs or a new record. We can’t wait to hear both of them on a track.