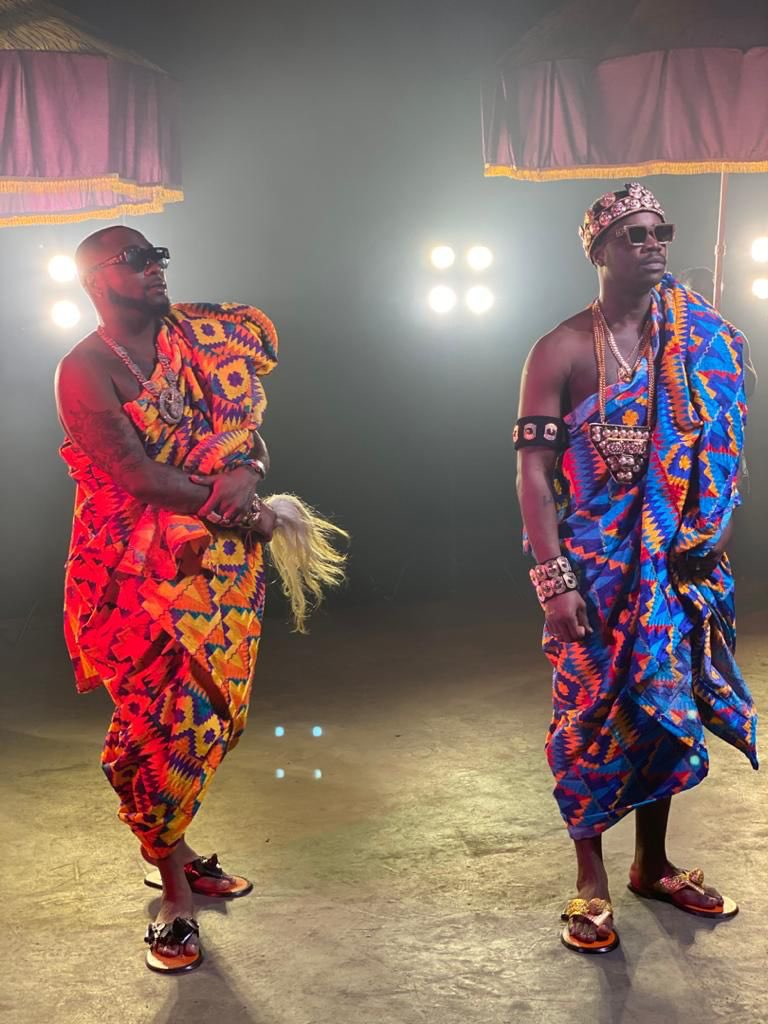 Ghanaian musician, Darkovibes has teamed up with Nigerian singer/songwriter, Davido for a fast tempo new single “Je M’appelle”. The new single was produced by award-winning Ghanaian record producer, MOGbeatz. The hit single is a mixture of Amapiano and Highlife, giving fans the true sound known to Darkovibes.

The song title “Je Mappelle” is a French phrase that literally translates ‘My Name Is’ in the English Language.

Darkovibes is known to blend highlife, hip hop, and rap to produce his unique style of music. ‘Je M’appelle’ is a feel-good fast tempo song with a repetitive but catchy chorus. Darkovibes, who blends Twi and his native language Ga in his lyrics, wrote few Ga words for Davido to sing in the new single.

In 2020, Darkovibes released his debut album “Kpalongo“. “Kpanlogo” is a 14-track masterpiece that features top-notch artists like Joey B, Mugeez, Runtown, Stonebwoy, Peruzzi, and several others.

Darkovibes has collaborated with artists including Omar Sterling of R2bees, Joey B, Edem, Efya, Magnom, Vacs (Music Producer), Pheelz, Mr. Producer from Nigeria, and Kuvie (Music Producer). In 2016, he worked with MTN Ghana by writing and performing the theme song for the MTN Pulse Campaign.