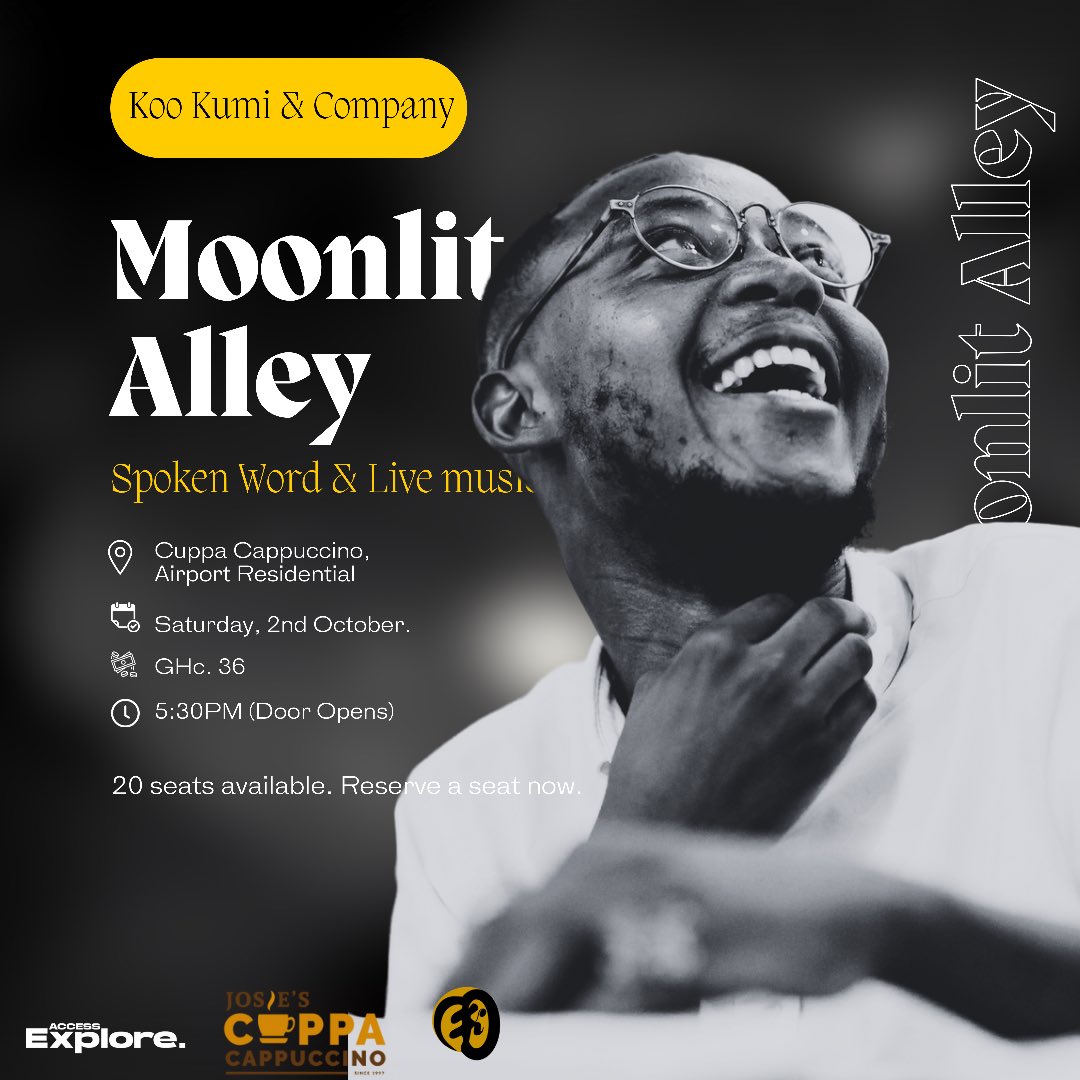 Ghanaian Spoken Word artist Koo Kumi has announced an intimate show “Moonlit Alley”. The event is a mixture of Spoken word and live music and if you have been to any of his shows you are in for a treat.

Spaking to Koo Kumi, he said, “Moonlit Alley is the first solo show I’m organizing since 2019 after I released Woke On The Mountain. Due to the new reality made possible by Covid, I’ve not been very interested in putting up a show like I used to.“

“Moonlit Alley will be a very intimate night of spoken word and live music with a live drawing or painting too. Due to the covid protocols, only 20 seats are available,” He added.

The main aim for this show according to Koo Kumi is to “curate an experience for the attendees to feel at home, feel safe and make memories that would last for a long time”. Koo Kumi will be performing some poems for his recent album “The Griot” and also some poems from other body of works.

For old fans of the Spoken word Artist, they will attest that “Cuppa Cappuccino/ Antique Lemonade is where his Solo Shows started so it’s only right to take it back where it started from.”

Moonlit Alley will be held in the serene picturesque setting of Josie’s Cuppa Cappuccino at Airport Residential. Like a big small family, we will sip tea, cocktails, wine and relax with soothing and reflective poems and music.

In 2020, Koo Kumi released his poem “Ankonam“, which took inspiration from palm wine music. “Ankonam literally means someone who walks alone, ‘lone wolf’ or a ‘lonely person’. It talks about how a loner seeks to be courteous in life and not emulate the actions of peers and their pressure. Although he is alone, he is hailed by many.” With his deep soothing voice, Koo Kumi solemnly speaks. The instrumentation in Ankonam is purely traditional, it has a palm wine music rhythm. Taking the local route with this whole poem, it is done in Akuapem Twi.

Later in 2020, Koo Kumi released his album “The Griot”. The album ‘The Griot’ comprises 10 poems and skits which tackle politics, urbanization and movement, culture, age of youth, and gender-related issues. The Griot seeks to present stories in it the truest forms to start conversations in the stated topics.