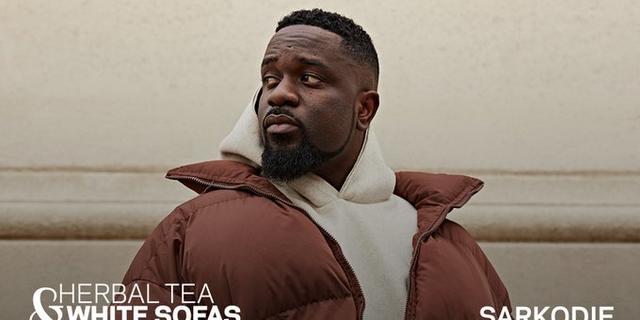 Fans have been on the edge ever since the Grunge Cake CEO Richardine Bartee announced the Recording Academy’s interview with Ghanaian Rapper Sarkodie.

GRAMMY.com’s Herbal Tea & White Sofas, is a new series where artists reveal their backstage must-haves, artistes serves the tea on what sets his mood before every performance.

Sarkodie took us through his routine backstage, how he re-energizes before every show.

Backstage Sarkodie like to be in his own zone and chill. The Backstage is where Sarkodie gets to spend the little time with himself, away from all the fans that want to have a glimpse of the superstar or get a picture.

Listen To Music In The Car

According to Sarkodie after every gig, he likes to take a ride and listen to music in the car. He likes to drive around in the dark to reflect on what just happened (Live performance) and play some music.

Anytime Sarkodie is outside of Ghana, He likes to spend to time to explore the Culture he finds himself in, he takes some vibes from the scene and these tend to affect his music and adds some value to it. The more Sarkodie travels, these scenes and experiences inspire the melodies he makes, what to say in the music and to appeal to certain ears.

Every music artist is indepted to their fanbase and Sarkodie who has one of the biggest fan base in Ghana is no different. Sarkodie extended his gratitude to his fan base the “SarkNation”, “Genuiely this is comming from the heart i can’t say thank you enough to Sarknation, I really do appreciate you guys, you guys made me who I am today…My fanbase is part of my whole business part of my whole career.”

Watch the full interview below;