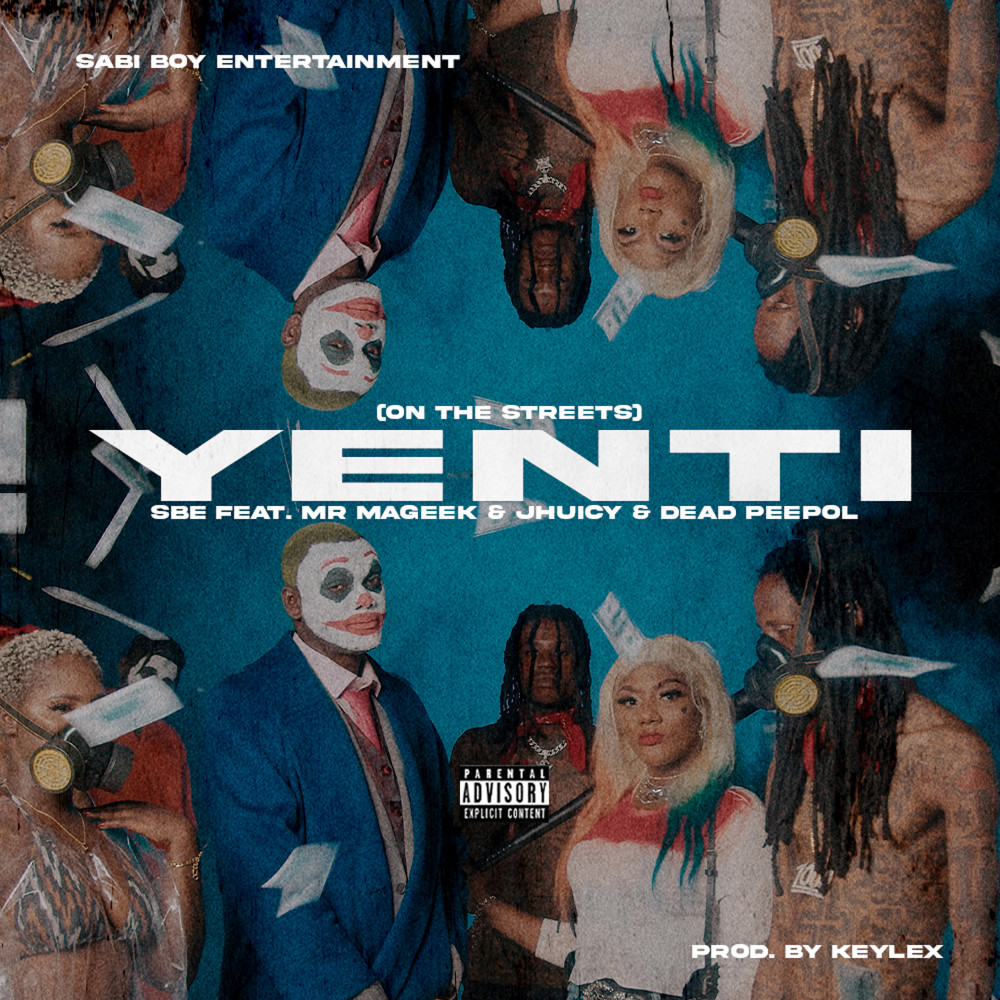 Previewed on SBE’s official YouTube channel, the colorful string of sweeping visuals play on the charismatic energy captured in the song itself. Kojo Myles, the director in charge, takes things a notch higher by reimagining a post-apocalyptic Accra where the song’s nonconformist air and lyrics feel right at home.

‘Yenti’ (On the Streets) was produced by Keylex and is up for viewing and listening on all digital streaming platforms globally here: https://fanlink.to/yenti-onthestreets

There’s simply no mundane shot in the video’s entire run, with fans set to enjoy a plethora of shots which primarily includes a Joker-styled Mr. Mageek as he revels in the anarchy at hand, amid other eye-pleasing shots worth experiencing. But it’s not an all-visual affair, Mr. Mageek, Jhuicy, and Dead Peepol shine in their delivery, content, and on-screen antics, drawing listeners in on the song’s message all the same; one that launches a quick swipe at critics as well as their baseless remarks.