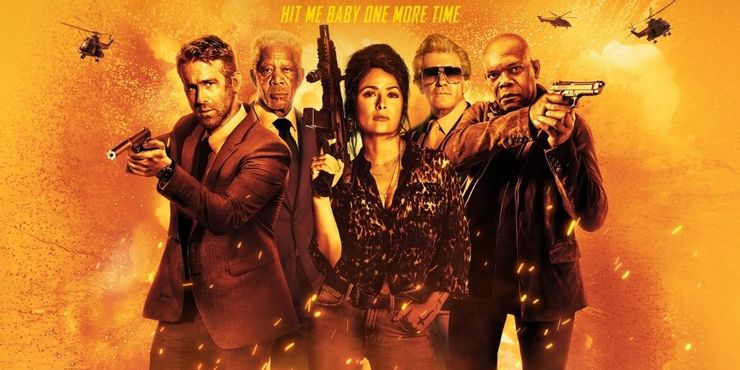 The weekend is here and we have the best option for you t orelax. It’s that time of the week where you kick back and relax with family and friends and enjoy the best of movies.

One other hectic task is choosing what movie to watch, so to help you sift through the numerous movies released this week and the last months, we have narrowed the list to 10 of the best action, thrilling and horror movies to watch with your squad this weekend.

This week’s Bingelist includes the best of movies the writer recommends will make your weekend the best you’ve ever had. The list includes The Tomorrow War, The Hitman wife bodyguard, Space Jam, Black Widow, Wrath Of Man, Infinite, Without Remorse, Sweet Girl, Outside The Wire and Fatherhood.

The world is stunned when a group of time travellers arrive from the year 2051 to deliver an urgent message: thirty years in the future, mankind is losing a global war against a deadly alien species. Watch here

The world’s most lethal odd couple — bodyguard Michael Bryce and hit man Darius Kincaid are back for another life-threatening mission. Still unlicensed and under scrutiny, Bryce is forced into action by Darius’s even more volatile wife. Soon, all three are in over their heads when a madman’s sinister plot threatens to leave Europe in total chaos. Watch here

Superstar LeBron James and his young son, Dom, get trapped in digital space by a rogue AI. To get home safely, LeBron teams up with Bugs Bunny, Daffy Duck and the rest of the Looney Tunes gang for a high-stakes basketball game against the AI’s digitized champions of the court, a powered-up roster called the Goon Squad. Watch here

Natasha Romanoff, aka Black Widow, confronts the darker parts of her ledger when a dangerous conspiracy with ties to her past arises. Pursued by a force that will stop at nothing to bring her down, Natasha must deal with her history as a spy, and the broken relationships left in her wake long before she became an Avenger. Watch here

Mysterious and wild-eyed, a new security guard for a cash truck surprises his co-workers when he unleashes precision skills during a heist. The crew is left wondering who he is and where he came from. Soon, the marksman’s ultimate motive becomes clear as he takes dramatic and irrevocable steps to settle a score. Watch here

Haunted by memories of places he’s never visited, a man joins forces with a group of reborn warriors to stop a madman from destroying the endless cycle of life and reincarnation. Watch here

Seeking justice for the murder of his pregnant wife, an elite Navy SEAL uncovers a covert plot that threatens to engulf the United States and Russia in an all-out war. Watch here

Devoted family man Ray Cooper, vows justice against the pharmaceutical company responsible for pulling a potentially life saving drug from the market just before his wife (Adria Arjona) dies from cancer. But when his search for the truth leads to a deadly encounter that puts Ray and his daughter Rachel (Isabela Merced) in harm’s way, Ray’s mission turns into a quest for vengeance in order to protect the only family he has left. Watch here

In the near future, a drone pilot sent into a war zone finds himself paired up with a top-secret android officer on a mission to stop a nuclear attack. Watch here

A father brings up his baby girl as a single dad after the unexpected death of his wife who died a day after their daughter’s birth. Watch here