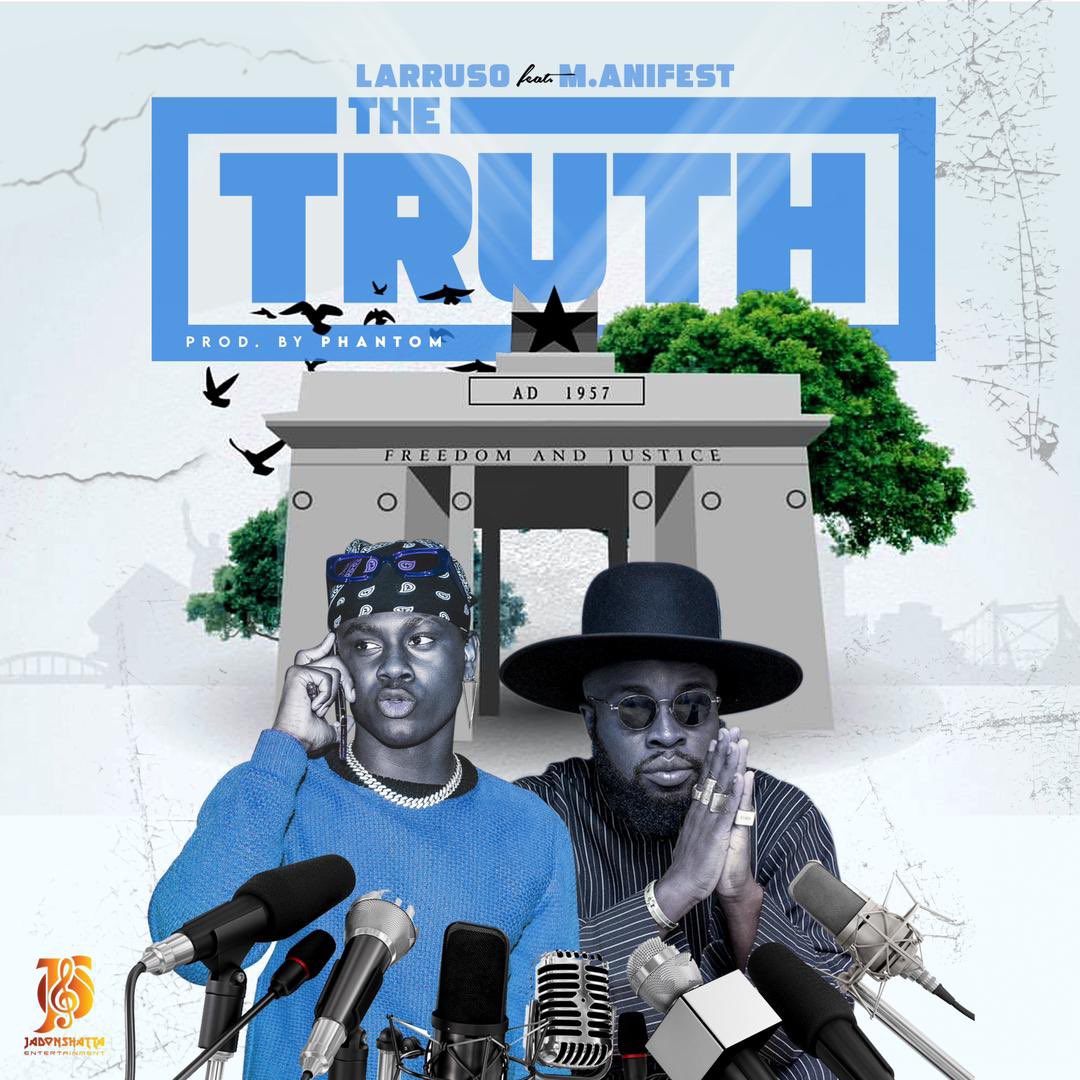 Larruso is freeing his thoughts on his new single “The Truth” featuring Ghana’s finest rapper M.anifest. This single comes after Larruso release his amapiano inspired song feat. Dayonthetrack. Larruso after his breakthrough in 2019 has since shown fans his versatility in adapting any genre and producing nothing but the best of songs.

Larruso’s “The Truth” featuring M.anifest is an Afrobeat song laced with bass guitar, drums, and the soothing sound of the trumpet. The afrobeats sound was made possible by Producer, Phantom.

Larruso sings about the sacrifices he has been through in order to get the “Mula” (money), he also predicts his fame assuring fans “Imma make it bigger just wait and see“. Larruso is using his position as a voice of hope for the people the system doesn’t favor, making sure to loud their problems. Tapping into the same energy M.anifest sings in his signature baritone “Once I get voice I go speak for the voiceless“.

Larruso made his swift rise in the music scene later in 2019 after releasing his debut single “Killy Killy” under his home label “Jadon Shatta Entertainment”. This records Larruso as the first Ghanaian upcoming artist to break to stardom instantly after being signed.

Larruso has since had a very good 2020 with the peak when he performed at the virtual AC Milan ‘From Milan with Love: Next Gen’ Concert which was hosted by DJ Khaled.