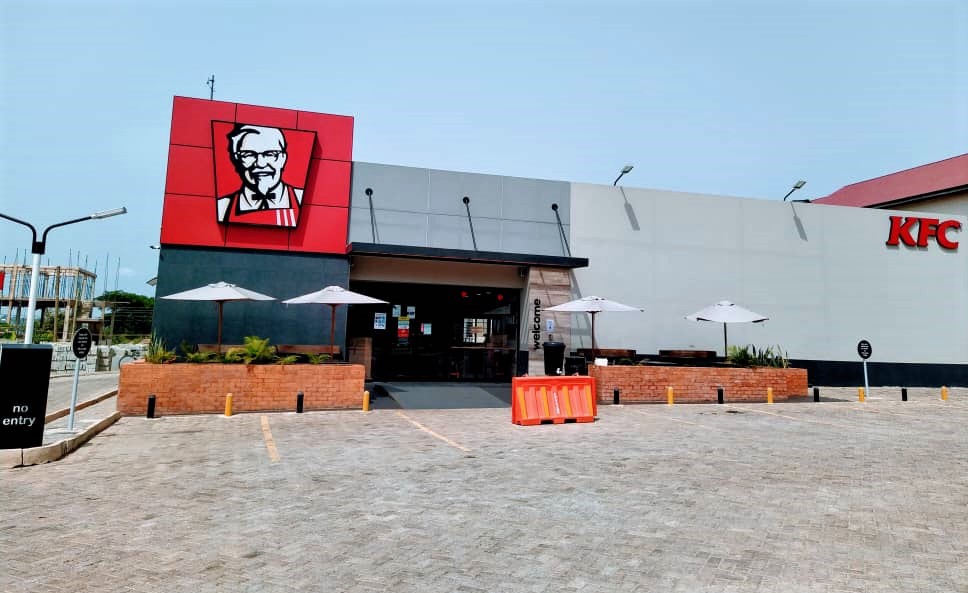 Yesterday, we watched a short video on social media of bystanders reportedly watching on while a robbery was ongoing inside the Osu Oxford Street branch of KFC.

Video recordings shared from outside of KFC showed armed police officers entering the KFC with much urgency while others looked on.

An eyewitness who was inside KFC at the time the incident occurred narrated it to Kuulpeeps.com.

At her request to remain anonymous, we would refer to the eyewitness as Mabel. She was in the upstairs sitting area when she said two men rushed into the washroom.

She and the others there did not pay much attention to them until the KFC security came up and told them that the men in the washroom are “thieves”.

Even that did not perturb her and the others. What really made them appreciate the magnitude of what was going on was when the police came in about 10 minutes later.

“The police asked all of us to leave the shop,” she said.

“While we were going out, I heard the police instructing the guys to come out of the washroom,” she added.

The police started a count down and about 5 minutes later, they were out of the washroom.

“I was very disoriented when I came out of KFC,” Mabel said of the incident that occurred about 5 pm yesterday.

According to Mabel, nobody was injured by the incident.