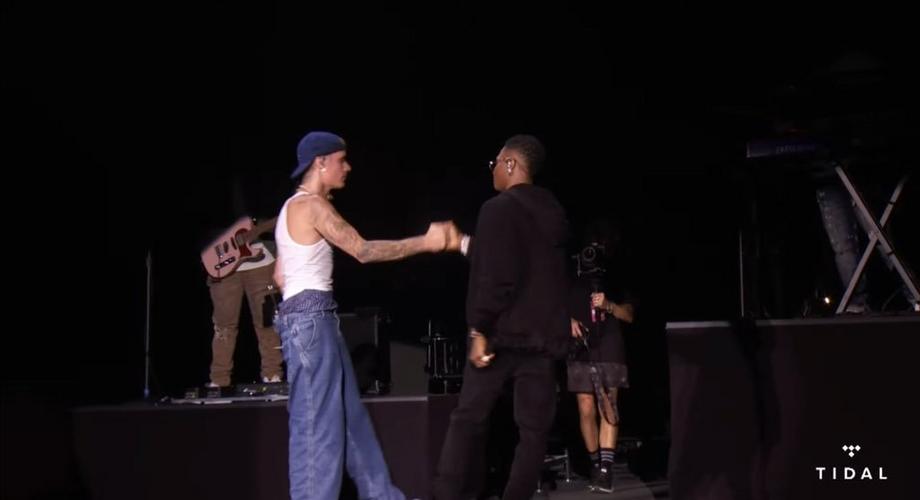 As summer ends we know for a fact the song that held us down. Wizkid’s Essence feat. Tems became the song of the summer with the song becoming the number one song in the US on Shazam.

During Justin Bieber’s performance at Made In America Festival, he performed “Essence” and later brought Wizkid out to join him to perform the song together. Justin Bieber recently collaborated on the remix of Essence giving the song the push it needed to enter the US market.

Made In America Festival is an annual music festival held in Philadelphia, Pennsylvania, and formerly simultaneously held in Los Angeles, California.

The entire “Made In Lagos” album peaked at number one on the Billboard world albums chart, becoming only the second African album after Burna Boy’s “Twice as Tall” to do so.

Over the period of two months from July to September, the original version of the song Essence and the remix has topped Billboard’s world digital songs sales chart, topped Billboard’s R&B/Hip-Hop Airplay chart, and reached a new peak of number 13 on the Hot 100 this week, the highest-ever peak for a Nigerian artist’s song on the chart. Both versions have over 54 million Spotify streams.

Watch the full performance below;