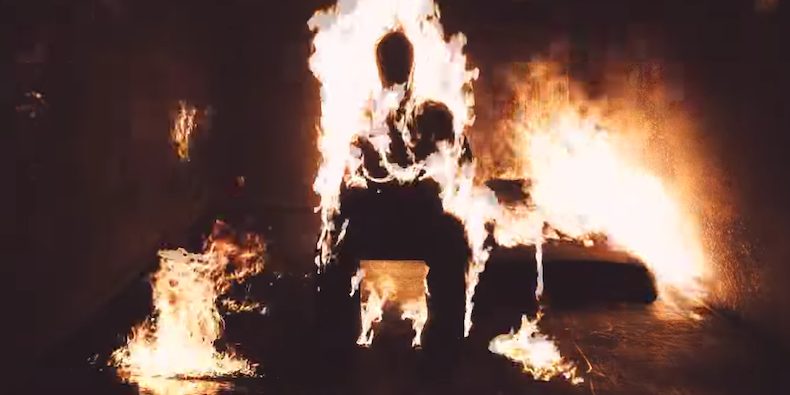 Following the historic release of DONDA last week, Kanye West has dropped the official video for one of the album’s frontrunners, “Come To Life.”

The visual pulls from the chart-topper’s most recent listening event at Chicago’s Soldier Field, where a replica of West’s childhood home is set aflame while famous onlookers revel in the chaos. Following the fiery display, ‘Ye’s ex-wife Kim Kardashian slowly approaches the stadium’s center wearing a wedding gown with a translucent veil, before standing face-to-face with her former husband in the video’s concluding scene.

Hours after the album was made public, ‘Ye took to Instagram to share that his distribution label, UMG Recordings, released DONDA without his permission and blocked “Jail Pt 2” featuring DaBaby, who made a controversial appearance at the Chicago listening event alongside Marilyn Manson.

According to ChartData, West could “break the record for the most #1 albums on the Billboard 200 among artists debuting on the chart this century with #DONDA.” Though first week figures have not been tallied, early forecastings predict that ‘Ye could rank above Halsey‘s newly-released record, If I Can’t Have Love, I Want Power, with roughly 350,000 album-equivalent units.