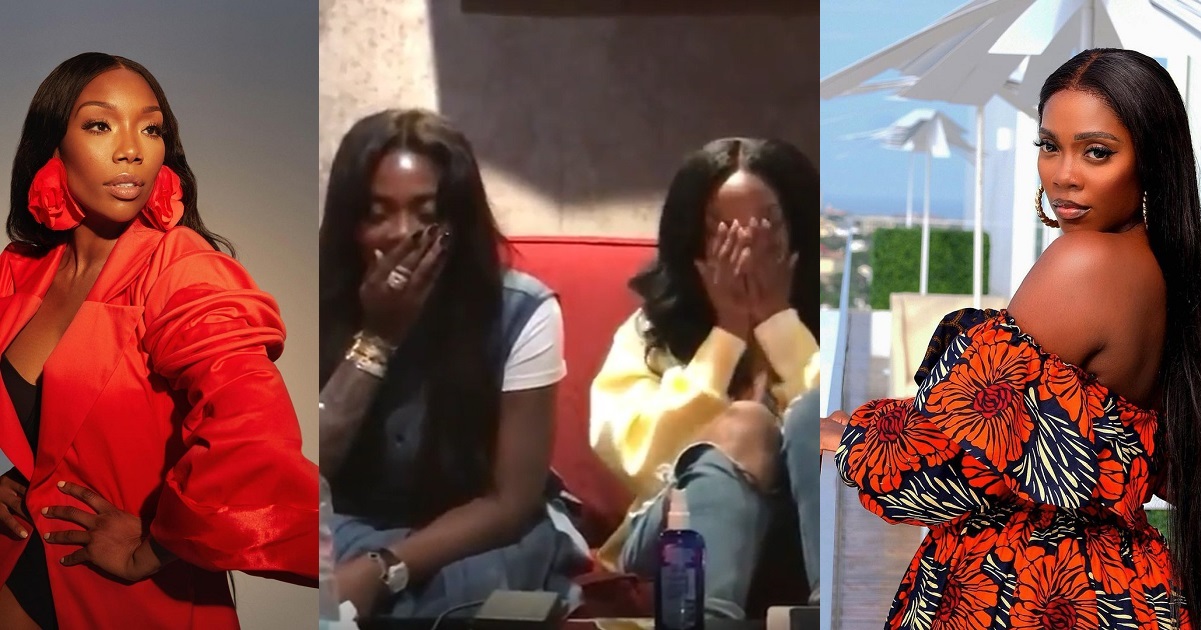 Tiwa Savage and Brandy tearing up as they both listen to their song together is the best thing you will see today.

Nigerian singer, songwriter, and actress Tiwa Savage last week released her much-anticipated EP “Water & Garri”. The project has been in the works for some time and has been teased by Pharell Williams and Elsa Majimbo. Tiwa Savage’s “Water & Garri” includes features from across the globe, they include Ghana’s finest Amaarae, Nas, Brandy, Tay lwar, and Rich King.

Tiwa Savage sings in English and Yoruba; her music is a blend of Afrobeats, R&B, pop, and hip-hop and in her new project these genres are very evident throughout the entire project.

In a recent interview with Allure, Tiwa, who has been hailed far and wide for her contributions to the Afrobeats genre, spoke about remaining true to her authentic self—a journey that has often been riddled with twists, turns, and some regrets. She admitted that when she was younger, she tried bleaching her skin. The effort has resulted in discolored patches on her body and it was only after her mother found out that she decided to stop. Once she began realizing her impact musically, she was determined to change her way of thinking.

“When I started my career I wasn’t embracing who I was fully yet because I was just trying to crack into the market,” she told the magazine. “My first two singles were very American and it wasn’t very African. But then, as time went on, I just started seeing how powerful my platform was and how mothers would say, ‘My little girl really looks up to you.'”