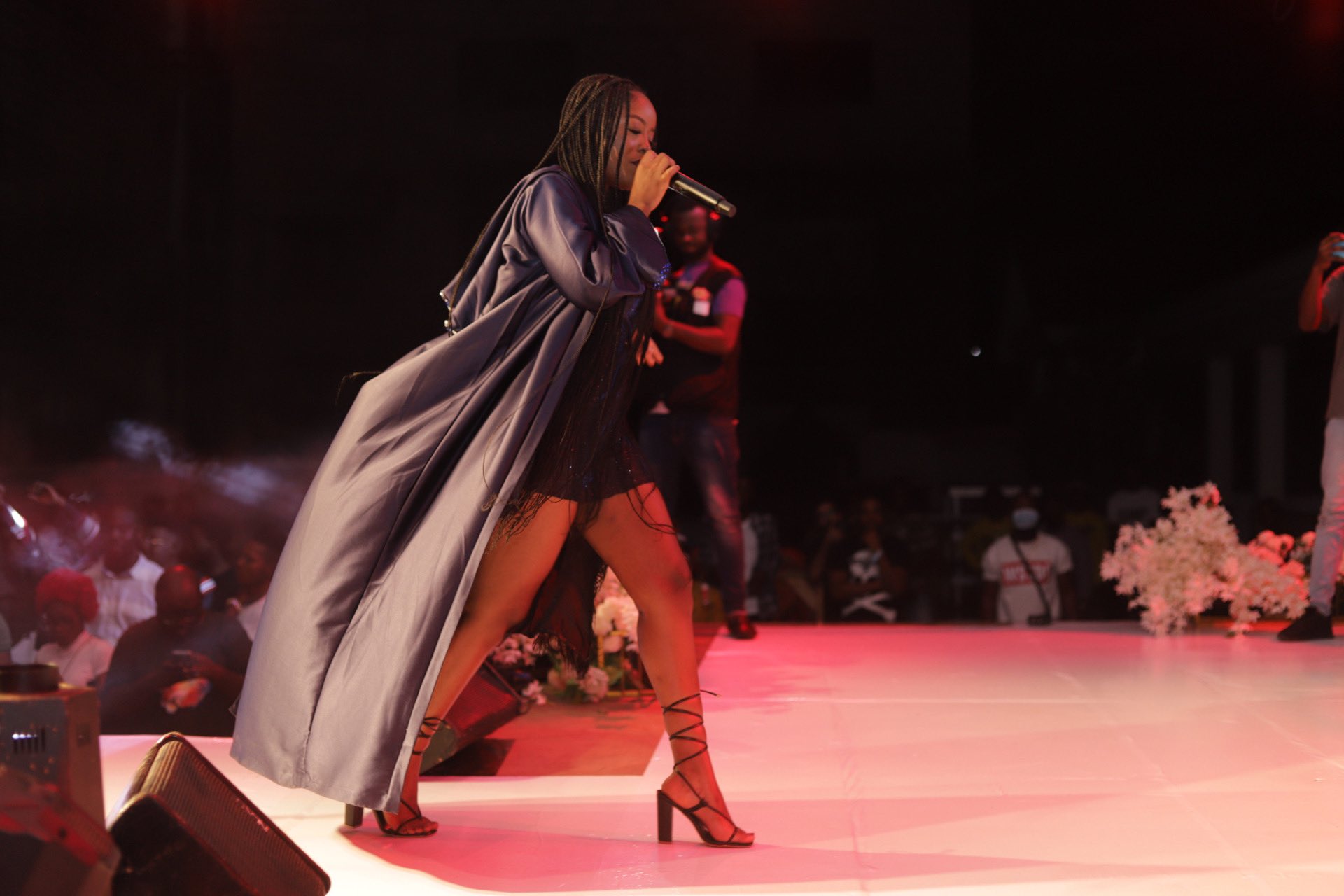 Gyakie on Saturday 21st August,2021 pulled a massive crowd at her headline concert which was held at “The View” in Kumasi.

From the pictures we saw online, the event was sold out and was electric. The event was really fireworks, literally as during the performances, fireworks were set off giving the scene a whole different vibe.

When the Queen herself graced the stage, the crowd was hyped and were eager to hear what she had to deliver. Gyakie delivered her hit singles with live band performances and showed off her dance skills with a synchronized choreograph with her backup dancers.

Gyakie released her new single ‘Need Me’ which follows the release of her debut EP ‘SEED’ which included one of the biggest afrobeat songs of this year ‘Forever’ and a bubby remix of the track featuring multi-talented award-winning singer/songwriter Omah Lay. The single garnered over 50 million cumulative streams worldwide, reached #4 Triller Billboard Global Chart, and hit #8 on the UK Afrobeat Chart, spending 11 weeks on the chart.

Gyakie has had a rapid rise to success in a short space of time and has garnered key tastemaker support from the likes of Wonderland,Teen Vogue, OkayAfrica, BBC 1Xtra, Rinse FM, No Signal and more.  From gracing the covers of some of the biggest music playlists across Africa, to being an Inaugural Artist for Spotify Equal, championing TikTok’s #IAmAfrican campaign and performing at the MTV Base & YouTube African Day Concert,  Gyakie is showing no signs of slowing down.