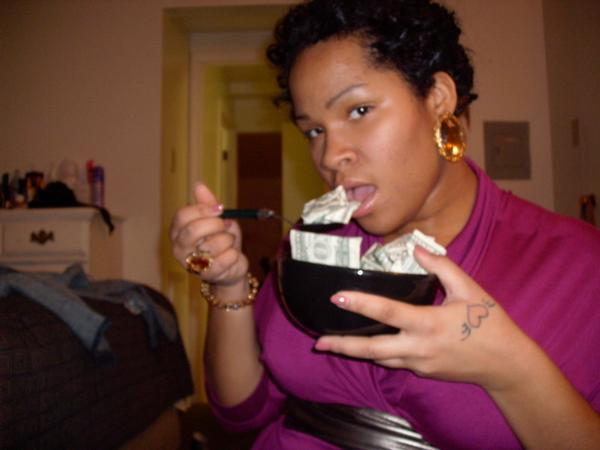 There is a lot of talk on social media about “fraud boys” raising the expense standard for relationships and on top that, their audacity of stealing other people’s women. However, that’s not why we are here.

In case you are hoping to score a fraud boy for yourself, because we all see the birthday and valentine gifts; from the roses, money bouquets, new apple products and last and certainly every woman’s dream, THE BONE STRAIGHT SILKY SILK HAIR! Here is how to identify a fraud boy in case these broke men try to slip one by you:

It’s only right to ask if the manufacturers of this drink have gone into an agreement with fraud boys? Maybe they have, because that is the only explanation we can think of. These men don’t even drink water anymore, it’s all about Grape juice and vibes. If he doesn’t have an empty bottle of this juice in his car, then he is a fraud, PUN INTENDED.

You have successfully exchanged contacts with the guy you think will sponsor your Dubai dream, but there is a catch. Is he really who you think he is? Can he fly you to have dinner in the sky? Is he posting statuses like #All the doors that closed on us, we are coming back to buy the building, #They tried to drown us, they didn’t know we were gari, #They only see the champagne, they can’t see the champ’s pain. Are you seeing the formula?? If he isn’t following this procedure just block his number, because he is about to waste your time with “what are you doing,” “aww eat for me” texts.

3. A fraud boy not flaunting an iPhone 12 factory unlocked with 256gb storage? Please.

By the law of elimination, if he uses an android, you can cross him out, he is not the target market. However, if he uses iOS, you have to be extremely careful because one never goes without the other. Original fraud boys always use the latest versions on apple products, and in addition an iPhone 6 or iPhone 7 Plus as their yam. Look out for the red supreme phone case on either of the phones and that’s the only green light you need.

4. A fraud boy who doesn’t throw InshAllah, innit and Kw3 in every sentence? Tragic.

We are currently looking for the science behind this, so if you know, you can share with us in the comments. One key thing you must look out for is the attempt to speak Hausa. Imagine, a fraud boy called Jehoshaphat, why are you forming hard guy from Nima, when the only Hausa you know is “InshAllah”??

5. We’re just saying, there’s a lot of Mercedes C3s around.

You remember when Sarkodie said “Corolla S by this time?” The boy who stopped you today is a fraud. If he isn’t driving a black C3 Benz with loud music blaring from his car, don’t even waste your time on him. He is an “I will see what I can do” boy. Block him.

6. If he doesn’t flaunt his life all over the snaps, then why is he risking jail time?

In case one of these broke men is trying to slip one by you, just ask him of his Snapchat handle. If he has to check to remember, just walk away. If he does not have the app at all, please run and leave all his poverty behind. You are welcome.

7. If he doesn’t have a whole closet just for his ‘original and genuine’ shoes, he’s not serious.

Last but certainly not the least, you have to check his footwear. Your dream man will not be wearing Osofo Moses shoes or sneakers. He is always in Adidas slides, because that way he can ran faster.