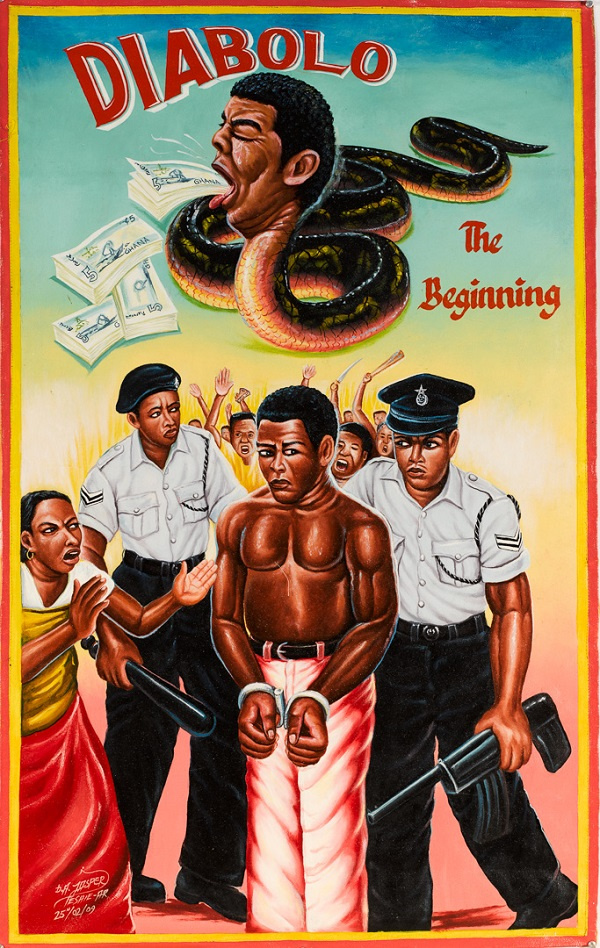 Horror movies are always a fascinating topic when it comes to friends discussing what they watched. It always seems to be in its own zone. People love horror movies for different reasons, some just can’t go near it at all. Others watch for its feeling; horror movies are the most basic adrenaline pumps in history. Others say it helps relax their nerves, which is the weirdest statement about horror movies you’ll ever hear.

Some Horror movies aren’t the best of movies to watch because the production is not what you’ll expect in a classic movie. The movie directors sometimes tend to only focus on the horrific aspects of the movie rather than the entire production.

Let’s take you back memory lane with these classic horror movies that gave us a reason to have a sleepless night.

Diabolo is a 1992 Ghanaian classic movie that tells a story of a man who has the power to transform into a serpent. He uses this power to sexually assault and kill women, mostly prostitutes but not before somehow obtaining money through a process we still can’t explain. Probably not the best plotline ever. This role was played by Bob Smith Jnr, now referred to as Diabolo Man or Snake Man in the acting circles

After her niece Katie’s horrifying death, Rachel, a young journalist, investigates a mysterious videotape that kills its viewers within a week’s time.

A monstrous murderer who comes for you in your dreams and kills you in your sleep? It’s a real nightmare and, appropriately, the premise for the ’80s classic. A young girl realizes that she has to stay awake at any cost to avoid the clawed killer who is butchering her friends one by one in their dreams.

Two men awaken to find themselves on the opposite sides of a dead body, each with specific instructions to kill the other or face consequences. These two are the latest victims of the Jigsaw Killer.

Final Destination is an American horror franchise consisting of five films, two comic books, and nine novels. It is based on an unproduced spec script by Jeffrey Reddick.

The Hills Have Eyes

It is a 2006 American slasher film and remake of 1977 film of the same name. It was written by filmmaking partners Alexandre Aja and Grégory Levasseur, and directed by Aja. The film follows a family that is targeted by a group of cannibalistic mutants after their car breaks down in the wild.