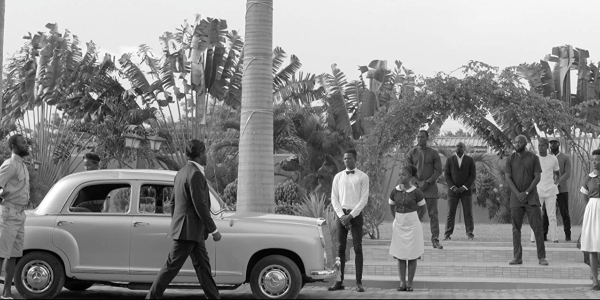 If you always wanted to watch Pascal Aka’s movie “Gold Coast Lounge” but didn’t know where to watch it we’ve got the right place to watch the post-independence movie.

Gold Coast Lounge is Pascal Aka’s first feature film project. He describes this film as an “Afro-nior”; a film with an African touch. Esi Yamoah also supports as Producer on this film.

Gold Coast Lounge is an afro-noir film, set in the nightlife of post-independent Ghana. A crime family have to unite and clean up their act before the government shuts down their lucrative lounge. After their leader is mysteriously poisoned, it is up to Daniel – the eldest – to take power. While struggling to implement his own policies, Daniel has to overcome power struggles, love triangles, tribalism, and a murder investigation.

The film happens to be the feature-length version of the critically acclaimed “Black Rose” short film from Pascal Aka which was released in 2016.