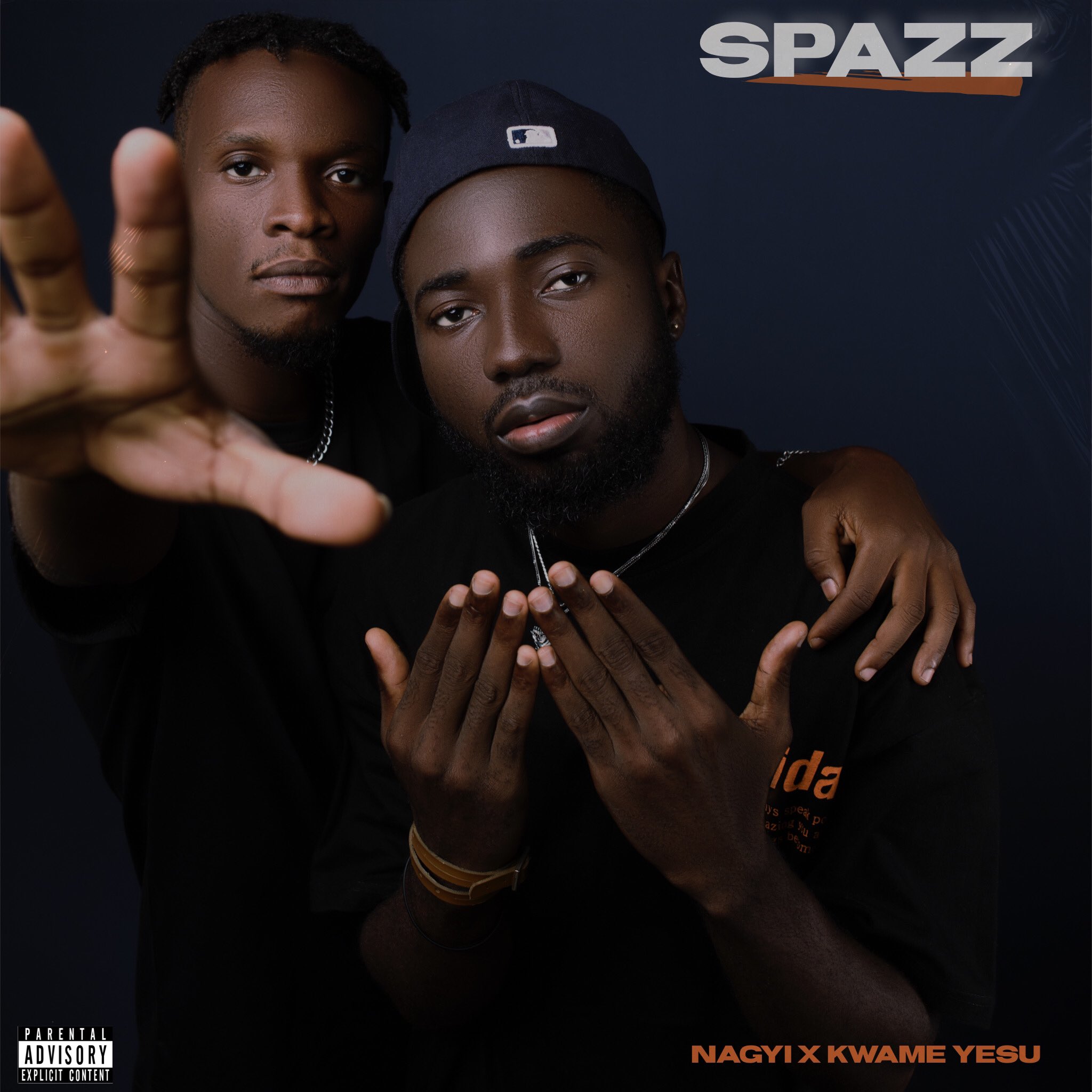 After their recent release “We Move” which did massive numbers on all streaming platforms, the two rappers have decided to serve the masses with another joint song ahead of their individual incoming projects titled “SPAZZ”.

Spazz is a freestyle song where Nagyi and Kwame Yesu rap back and forth dropping bars in a cypher manner. The song shows the lyrical skills and versatile flows from both rappers. The song will be released exclusively on Boomplay for the first two weeks then later on other platforms.

This song is really mouth-watering with the diverse rap style used by both rappers which blends English, Twi, and Pidgin to create deep and melodic lyrics, makes the song something one should mark on their calendar. Till the 23rd of July 2021, you can check out the recent project released by Nagyi titled “SLEEP WHEN I’M RICH – EP” which is doing an amazing number on all streaming platforms, and also “ANADWO” by Kwame Yesu which featured talented Black Sherif and Kimilist also doing massive numbers.