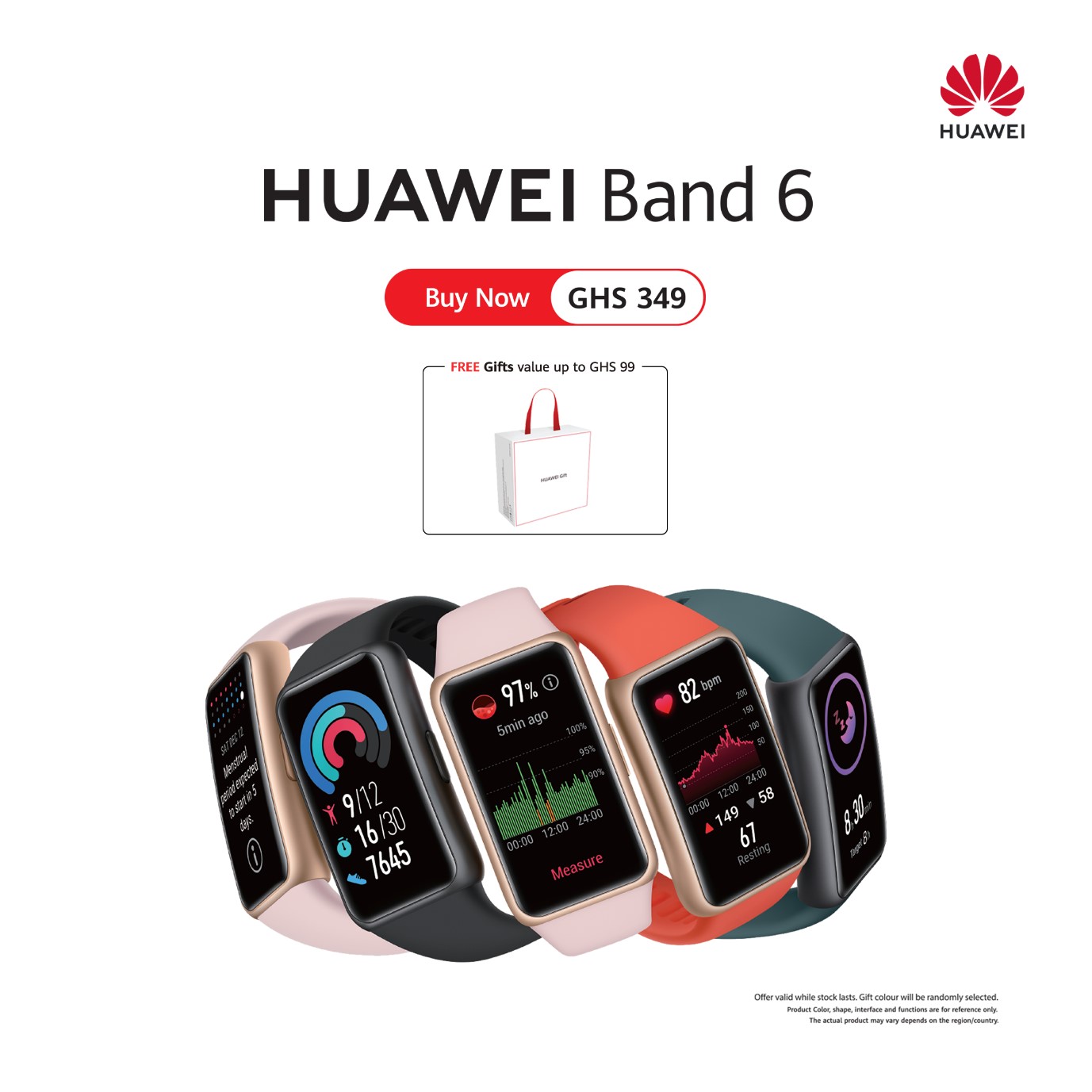 We tried it out and here is why we think it’s an excellent choice!

When thinking about the concept of a band there is usually one school of thought, a simple wearable that tracks all kinds of fitness indicators and relays the data to an app or service on a connected smartphone. Manufacturers never used to think of adding larger and functional displays or more integrated health features, which would be more commonly found in full-fledged smartwatches. However, bridging this gap is Huawei with its newly launched HUAWEI Band 6, which brings all the meticulous fitness tracking like all-day SpO2 monitoring and a large AMOLED display to see it all in a wearable that can last up to 2 whole weeks!

SpO2 monitoring essentially refers to the blood oxygen levels of the wearer, which by itself is an important health indicator. Having these levels drop down can result in fatigue but prolonged drops can result in long-term adverse health effects. Fitness trackers and smartwatches today are capable of tracking these levels however it is often a feature that has to be turned on separately, something users would only do if they were feeling unwell. Huawei, known for being user health-centric in designing product features has had this feature in its earlier wearables, but takes it up a notch on the HUAWEI Band 6 by having it run constantly in the background. The advantage of this is that users get 24/7 continuous monitoring of their SpO2 levels, even generating an alarm when blood oxygen levels are low.

But that’s not all, because the HUAWEI Band 6 also tracks other key health indicators. For instance, accurate heart rate is monitored with HUAWEI TruSeenTM 4.0, HUAWEI TruSleepTM for sleep tracking and HUAWEI TruRelaxTM for stress measurement and management.

Smart bands are not really known for its displays: Huawei decided to change it up with a full-fledged 1.47” AMOLED display, tackling some of the major pain points that were commonly addressed with smart bands. The size of the display is complemented further by its integrated bezel-less design, which gives it a screen-to-body ratio of 42%.

This large display is not just sheer size, but also brings smartphone-like interactivity, complete with simple swipes, while its overall color quality allows the rich animations to really pop out. In addition to this, Huawei has also used a physical button on the side, allowing for not just an easier way to interact, but also removing excessive display elements for a more immersive Full View display.

Another concern with wearables is having yet another device to charge or worry about battery life. Wearables are not always the best when it comes to this matter, but Huawei has implemented into the HUAWEI Band 6 an extended battery life of 2 full weeks on a single charge, even with all the health and fitness tracking features running. Not only does this make it more convenient to use, but also takes away the hassle of having to charge it every other day.

Speaking of fitness, one of the main purposes of a smart band is to keep an eye on workouts and track all the needed data to calculate and evaluate performance. The HUAWEI Band 6 keeps this in mind and packs in features and tracking features that fitness and sports enthusiasts would love and appreciate on an everyday basis. For instance, the HUAWEI Band 6 comes with up to 96 workout modes that are automatically detected and tracked to get the most accurate data. In addition to this, the HUAWEI TruSportTM algorithm deeply analyzes user’s exercise capabilities based on heart rate variability and exercise data and provide detailed assessments such as oxygen intake levels, recovery time and training effects, for a more scientific and efficient approach to working out.

All of this is topped off with a range of smart features, which include notifications for incoming calls and messages, music playback control and a remote shutter to control the camera of the connected smartphone.

With the HUAWEI Band 6, Huawei has managed to tackle some of the key pain points faced by users who opt for smart bands, bringing solid features making it a great choice for both everyday users and fitness enthusiasts. It also provides users with a complete smartwatch experience, without having to pay the price of one, making it a lot friendlier on the wallet as well.

Spend Less Get Great Value In Return: The New HUAWEI nova Y70 Is Your Best Bet

HUAWEI MateBook D 14 | D 15; The Perfect Intel-powered laptop For You