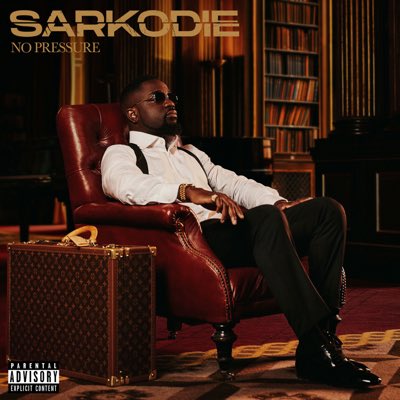 Ghanaian Rapper, Sarkodie, has changed the date for his most anticipated album #NoPressure. The Album which was scheduled for release this Friday, 9th July has since been changed to 30th July,2021.

Giving reasons for the change in date, Sarkodie clarified that in order “To deliver the album that you all deserve, I need to a little more time. There’s been a hold-up clearing some samples.”

In statement released by Sarkodie on his official Twitter page wrote, “I know how excited you all are for my new album #NoPressure. That feeling inspired me every day in the studio to push myself and my songwriting to the limits. I’ve never been more determined to make an album that you’ll love deeply #NoPressure. To deliver the album that you all deserve, I need to a little more time. There’s been a hold-up clearing some samples, that’s all. The new release date is 30th July, 2021“

However Sarkodie has stated in the caption of his post that despite not giving fans the much expected album on Friday, he will rather be releasing a single this Friday, this adds up to the already existing singles off the Album #NoPressure. The Kumasi album listening will also go ahead as scheduled as fans a eager to listen to what Sarkodie has for all his fans.

In the caption Sarkodie wrote, “Been very difficult to break this news but very necessary. I Love the energy SarkNation can’t thank you enough please let’s keep Same till then … New music Friday tho 😊 … And we still turning up in Kumasi this weekend.”