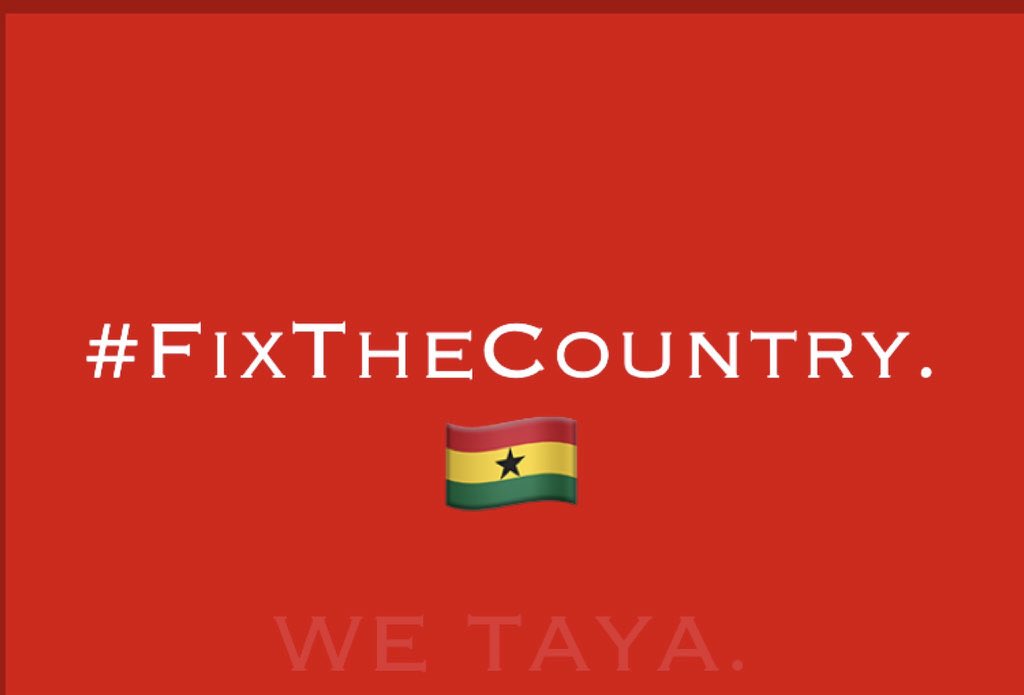 Over the Years, each Ghanaian government since the era of Kwame Nkrumah has seen some civil unrest. Musicians have played a very significant role in amplifying the message of the people. Some of these songs gained popularity due to the message they sent across.

The #FixTheCountry and #FixTheCountryNow campaigns are all geared to put the government on the toes. The #FixTheCountry hashtag was created to mobilize voices in order to persuade Ghana’s political elite and others in charge to ensure that the nation works for all. This is campaign is not powered by any opposition power, however a message to all past and future governments that Ghanaians will demand a better living.

Some Highlife pioneers Like Nana Kwame Ampadu, The Guitar Boy Coup,  Kofi Sammy of Okukuseku II Band during the 20th Century before Ghana became a Republic used the power of music to highlight the struggles of Ghanaians. Highlife songs are known to be entertaining songs but they also reflect the challenges of daily social life.

Throughout Ghana’s history, highlife has evoked or mirrored significant political events or trends. At vital junctures, an album is published that captures the political climate of the world or parts of it. In the 21st Century Ghanaian artist have also taken up the mantle to use their music as a communication tool to add to the already existing outcry of the people.

We have highlighted songs from the early 2000s up until 2021. From Barima Sidney’s “African Money” to Worlasi’s “Freedom featuring Poetra Asantewaa” and “4Years”, Stonebwoy’s “Run Go” and “Suit And Tie”, A Plus ” A Letter To The West”, Sarkodie “The Masses”, Tolu Dadi “Taya” featuring YN The Afropikin, Avit “Election Day”, Kay-Ara’s “For Those In The Middle”, Wanlov The Kubolor’s “Red Card- The Minstrel Cycle”, Ko-Jo Cue’s “Rich Dad Poor Dad” and Darkovibes “Crazy People”.

A Plus – A Letter To The West

Kay-Ara “For Those In The Middle”