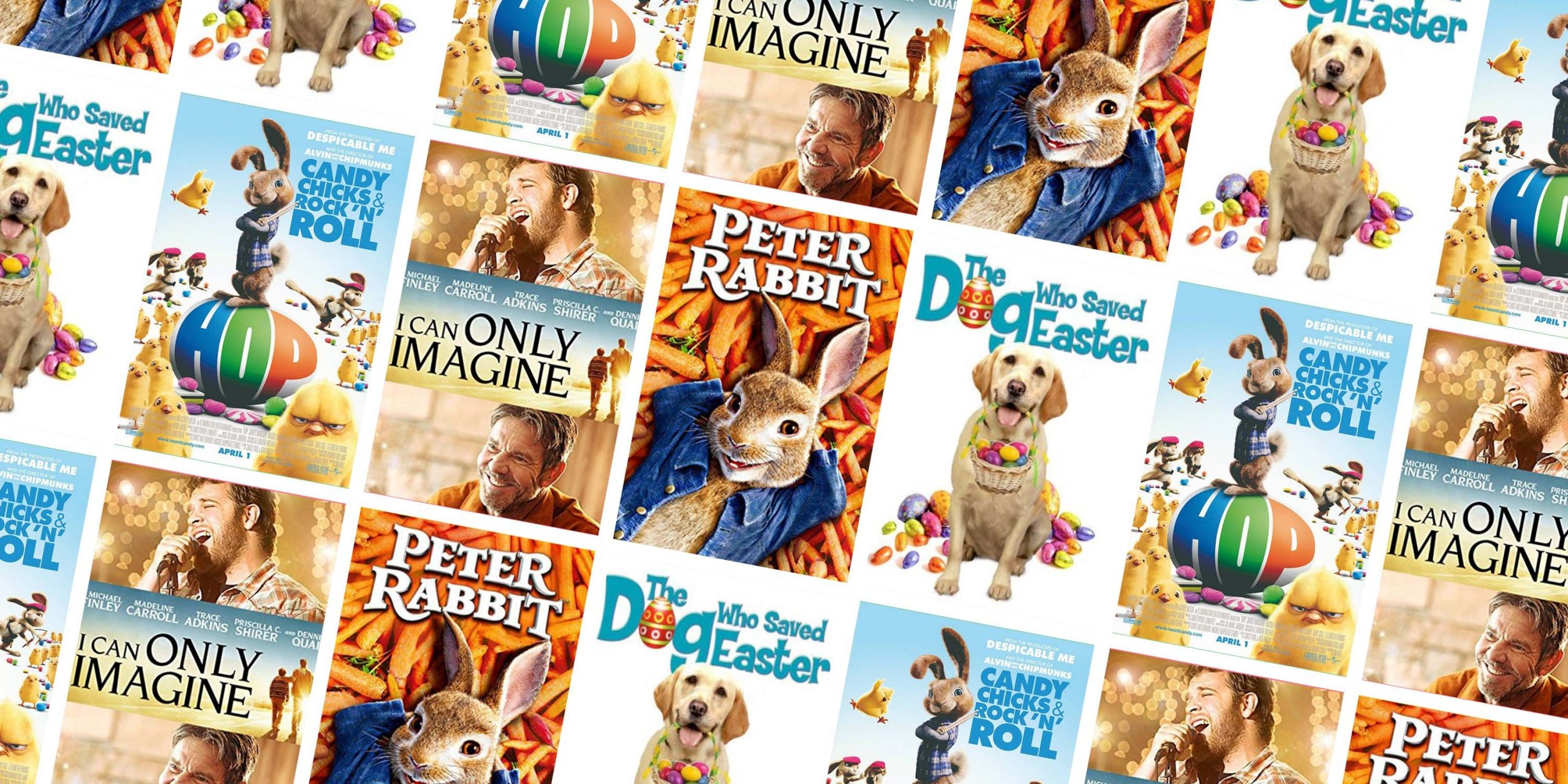 Many of us will be spending the Easter holiday away far from home or virtually with our families this year.

Whether you want to learn, laugh, or cry, there’s a streamable Easter movie for you, in fact, the options we’ve picked out range from a visual interpretation of the Bible to animated movies kids will love. Plus, cuddling up with an Easter movie is the perfect way to extend the magic of the holiday and get some extra cuddles with the fam.

The Greatest Story Ever Told

The Greatest Story Ever Told is a 1965 American epic film produced and directed by George Stevens. It is a retelling of the Biblical account about Jesus of Nazareth, from the Nativity through to the Ascension. Max Von Sydow, John Wayne, Charlton Heston, Sidney Poitier and Shelley Winters are exquisite in this inspiring, grand-scale portrayal of the life of Jesus Christ.

An Interview With God

An Interview with God is a 2018 drama film directed by Perry Lang and written by Ken Aguado. The film stars David Strathairn, Brenton Thwaites, Yael Grobglas, Hill Harper and Charlbi Dean. An up-and-coming journalist’s faith is challenged when he finds himself interviewing a man who claims to be God.

Peter Rabbit is a 2018 3D live-action/computer-animated comedy film, based upon the character of the same name created by Beatrix Potter, directed by Will Gluck, and co-written by Gluck and Rob Lieber. The film stars Rose Byrne, Domhnall Gleeson, and Sam Neill, and the voices of James Corden, Daisy Ridley, Elizabeth Debicki, and Margot Robbie. The film’s story focuses on Peter Rabbit as he deals with new problems, when the death of Mr. McGregor brings his great-nephew to the area who quickly discovers the trouble Peter’s family can cause.

Hop is a 2011 American 3D live-action/computer-animated fantasy comedy film produced by Illumination Entertainment and released by Universal Pictures, directed by Tim Hill and produced by Chris Meledandri and Michele Imperato Stabile. Fred, who has never taken life seriously, unintentionally injures an Easter Bunny and is forced to take him in as a guest. Soon, hilarity ensues as they struggle to deal with the situation.

Ben–Hur is a 2016 American epic historical drama film directed by Timur Bekmambetov and written by Keith Clarke and John Ridley. Judah Ben-Hur, a nobleman, is sentenced to years of slavery after being accused of treason by his adopted brother, Messala. However, he returns to seek revenge by competing with him in a race.

Risen is a 2016 American biblical drama film directed by Kevin Reynolds and written by Reynolds and Paul Aiello. The film stars Joseph Fiennes, Tom Felton, Peter Firth, and Cliff Curtis, and details a Roman soldier’s search for Yeshua’s body following his resurrection. Clavius, a Roman military tribune, and his trusted friend Lucius, try to find out what happened to Jesus following the crucifixion. During their journey, they learn some astounding facts.

Rise Of The Guardians

Rise of the Guardians is a 2012 American 3D computer-animated action fantasy film produced by DreamWorks Animation and distributed by Paramount Pictures. When Pitch, an evil spirit, returns to planet Earth to assault children and take over the world, a group of immortal guardians with extraordinary abilities join forces to protect the children.

Joseph: King of Dreams is a 2000 American animated biblical musical drama film. It is also the first and only direct-to-video release from DreamWorks Animation. A boy’s ability to see the future results in familial discord, taking him away to Egypt, where he helps the pharaoh protect the kingdom from disaster.

The Dog Who Saved Easter

Save Easter of course. This is a raucous family film with animal antics, bumbling crooks, and a touch of romance. The Dog Who Saved Easter takes the Zeus (Mario Lopez)o n a whole new adventure and season. With both old and new characters you can jump right into the movie without having seen the previous chapters.