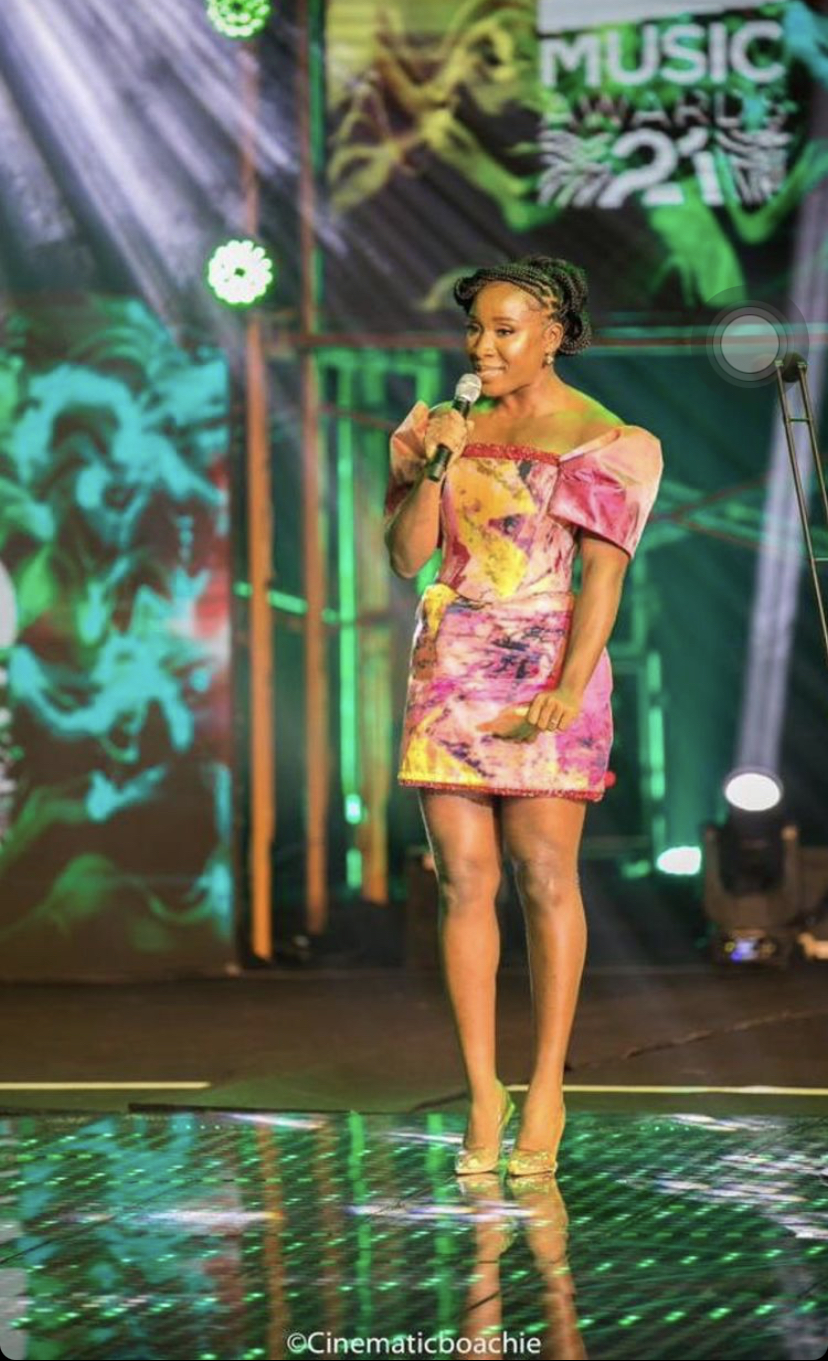 The 2021 edition of the 3music awards happened last night at the Accra International Conference Centre. The organizers once again decided to do a virtual show like they did last year with only a few invited guests.

They brought back the Flava Room which featured the crème de la crème of Ghana’s thriving comedy scene; Akrobeto, OB Amponsah, Kalybos and Lekzy the Comic who brought us live updates in real time.

The show was hosted once again by Jay Foley and Asaase Radio’s Naa Ashorkor who gave us 2 stunning looks!

Both outfits Naa Ashorkor wore were made by @pistisgh so even if you’ve not already seen it, you still know that it’s fire! She didn’t tow the normal route with a long gown. Instead she wore a predominantly pink mini corset dress which gave us some Tie-Dye vibes. She paired the outfit with clear heels.

Her second outfit was a long sequined kente gown with long sleeves which equally looked stunning.

We are impatiently waiting for more pictures on her page.