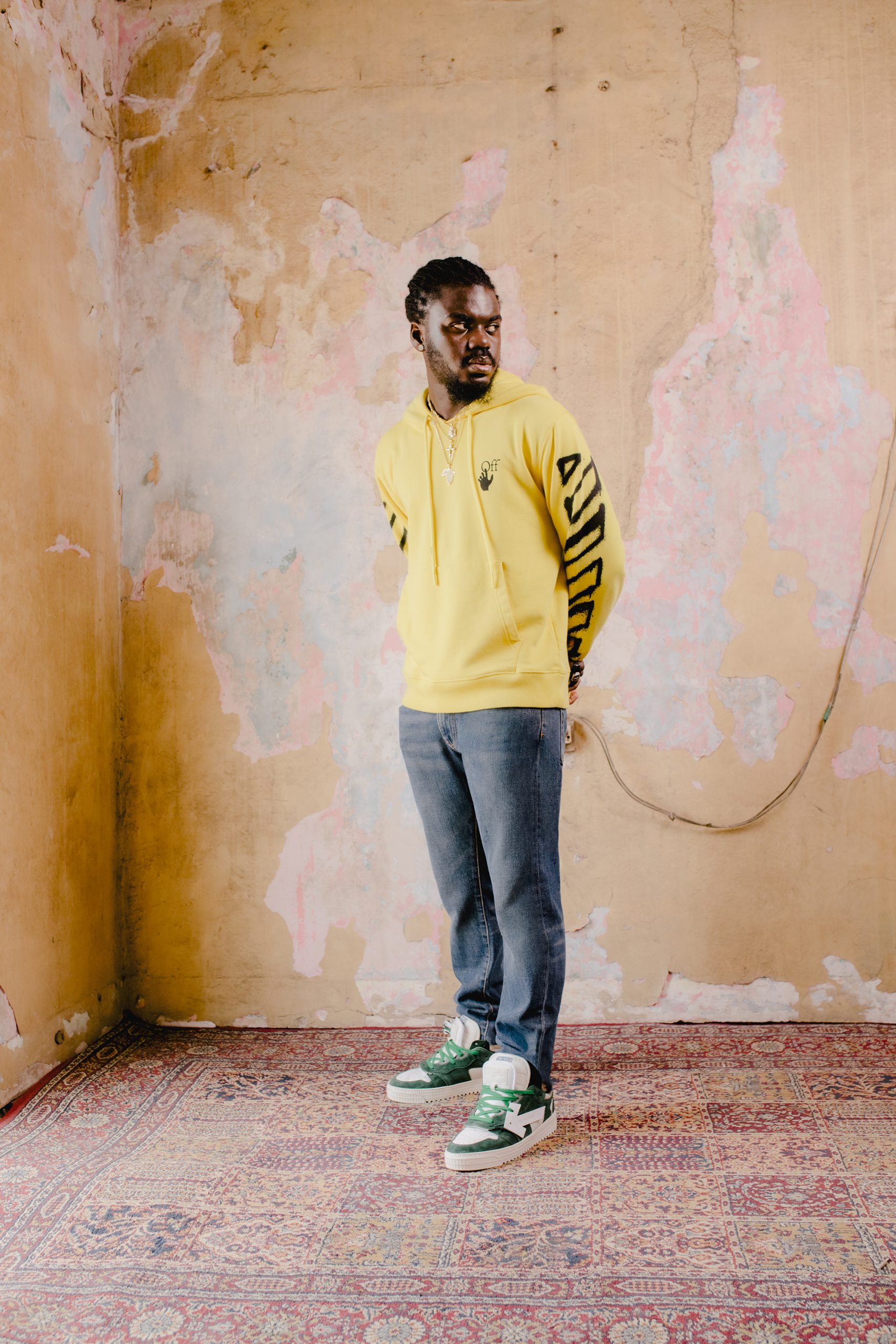 If you’re passionate about photography or art, chances are you’ve already stumbled upon the brilliance of one Prince Gyasi Nyantakyi or as he’s popularly known, Prince Gyasi, a visual artist and philanthropist.

Check out his art performance here

Prince is seen wearing the new Off-white SS21 collection which was featured on Farfetch early March. Off-white teamed up with Farfetch and Kaleidoscope Magazine. Check it out here: https://www.farfetch.com/vi/stories/men/off-white-kaleidoscope-edit-ss21.aspx

He shot his first photographs through an iPhone in order to break artistic conventions and question the elitism found in art. Prince likes to define his work as ‘’A Therapy Through Colors’’ as he believes colors can have a strong positive impact on people’s mental health and enlighten everyone’s life. This practice also echoes his condition, ‘’synesthesia’’, which makes him associate each word, sound or emotion to a color. His unique signature style precisely aims at making his audience enter his own reality. Prince is also committed to showing the nobility and grace of Black skin, offering viewers a counter-narrative to dominate the western-centered notions of beauty.

Prince Gyasi was signed to Nil Gallery Paris in 2018 which gave him the chance to exhibit his art pieces at multiple art fairs all over the world. He has exhibited in the Seattle Contemporary Art fair, Texas Contemporary Art Fair, Pulse Contemporary Art Fair (Art Basel Miami), Investec Cape Town Art Fair in South Africa, 1-54 New York, 1-54 London Art fair at the Somerset House, 1-54 Morocco Art fair, 1-54 Paris at Christie’s AKAA Paris and others. Prince has also exhibited in Sydney, Australia. On April 9, 2019, he was invited to give a speech about his artworks during the 2019 Skoll World Forum at the Oxford University in London. During his speech he spoke about the stories behind his work of arts and his influences. He was named among the top 7 artists in Africa by CNN and also named among nine photographers changing the way we see Africa and its diaspora by Another Magazine). Later in December 2019, Prince got commissioned by GQ Style to shoot Burna Boy for their Summer/Spring Issue 2020 in Ikoyi, Lagos. The shoot was titled ‘’Global Giant’’ because of the release of Burna’s album ‘’African Giant’’.

The Ghanaian artist who is in the midst of a major art market upswing, was named by Artsy as the ninth-most in demand on works offered at art fairs in 2020 last year, up from 29th place on 2019’s list thanks to a 202.3% surge in inquirers. Gyasi’s jump was said to be attributed to a 94.7% increase in available works of his at fairs on Artsy. His intense works has also drawn in the likes of Cupertino giant, Apple, Vogue Magazine, Vanity Fair, BBC, L’Officiel, Art Newspaper and just recently Off-White.

Aside being a phenomenal visual artist, Prince also doubles as a joint founder for Boxedkids – a foundation pledged to supporting underprivileged children in Jamestown, Accra, by introducing creativity into their lives and setting up funds to secure a good future for them through education.

There’s so much to explore about this young talent who knows no bounds.