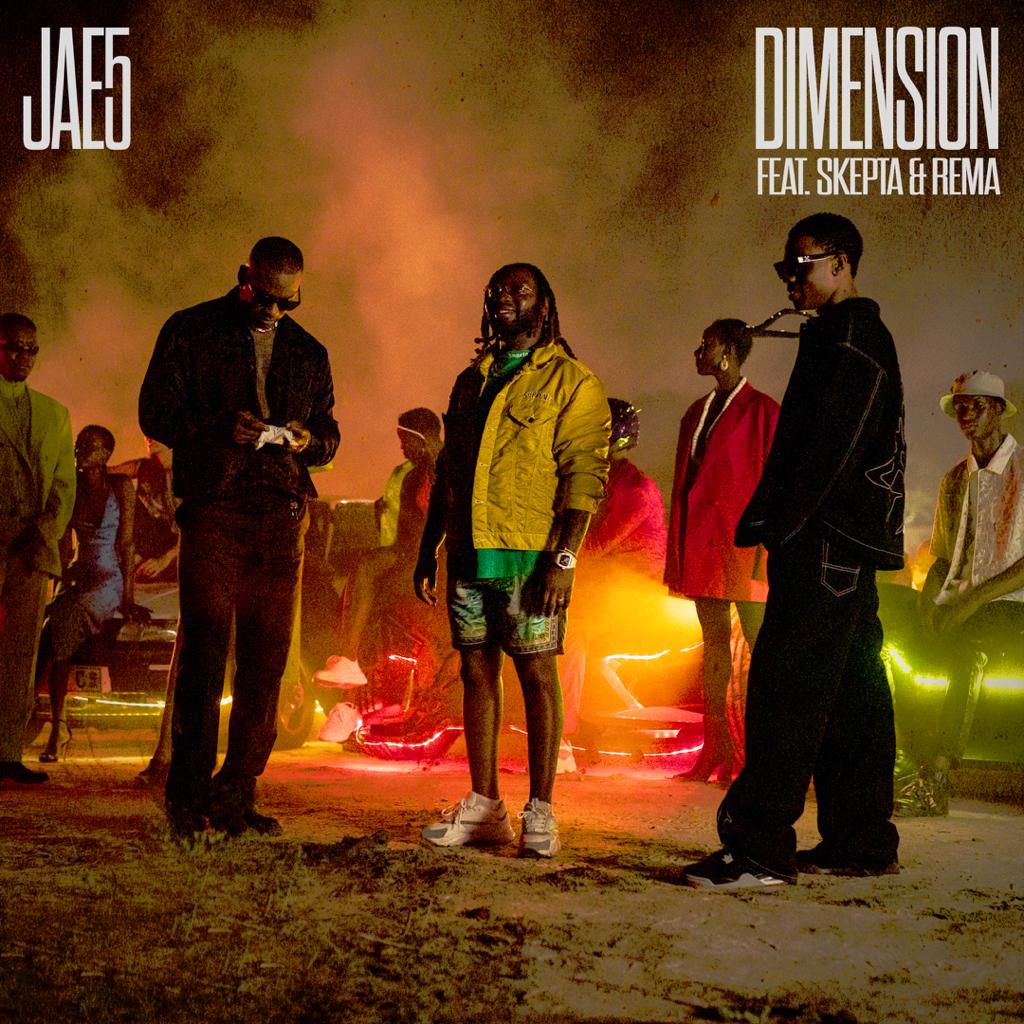 JAE5 is regarded as one of the UK’s most coveted producers and his recent GRAMMY win (for production on Burna Boy’s ‘Twice as Tall’ album) is proof of that! Today, he releases the track and visuals to his debut single ‘Dimension’ Ft. Skepta & Rema. Paying homage to his home country of Ghana where the visuals were shot, the producer teamed up with British rapper Skepta and Nigerian Afro-trap artist Rema to release a single that embodies all that the famed producer stands for.

Giving a culturally rich (literally and metaphorically, as the opening scene shows a hand adorned with gold) and modern portrayal of the West-African country, JAE5 gives fans a glimpse into its colorful and ornate heritage, customs, and vast landscapes.

Also proving to be a tale of two halves, the visuals offer a modern portrayal of Africa – its rise as a hub for creativity and self-expression of its youth, whilst holding on to traditional values and norms by showing elders in customary wear and women donning regional hairstyles. Infused with JAE5’s signature afro-infused melody, the track is further enriched by Rema’s smooth vocals in the chorus, “the place where I come from be another dimension/nobody be look my face when I’m there on my own”, and Skepta’s effortless flow – where he provides two powerful verses.

Speaking on the track JAE5 states: “For my first single, I wanted to pull off something that represented me well. It had to be heavily influenced by Afrobeats and the UK urban scene. Skepta & Rema are the perfect combination. Dimension is a meaningful track with a vibe! Skepta as always delivers the maddest verse and Rema on the hook – that guy just isn’t normal! I hope everyone enjoys the track.”

Taking home the award for ‘Best Producer’ at the 2020 MOBO Awards and ‘Producer of the Year’ at 2020 GRM Daily’s Rated Awards, the East-London producer has been famed for his genre-bending style of infusing Afrobeats, hip-hop, bashment and dubstep sounds into his production. With 4 UK Top 10 singles and 10 UK Top 40s under his belt, JAE5 is the mastermind behind the scenes of some of the UK’s biggest hits, including J Hus’ 2017 platinum-selling debut album ‘Common Sense’ and also the rapper’s Number 1 Gold second album ‘Big Conspiracy’. Having worked with some of the biggest names there are internationally such as French Montana, Future, Koffee, Popcaan, Wizkid, Burna Boy, Sam Smith, Anne Marie, Mark Ronson, Jess Glyne, Dave and much more – JAE5 is now stepping out into the spotlight and coming into his own, we can only expect his trajectory to skyrocket from here onwards!