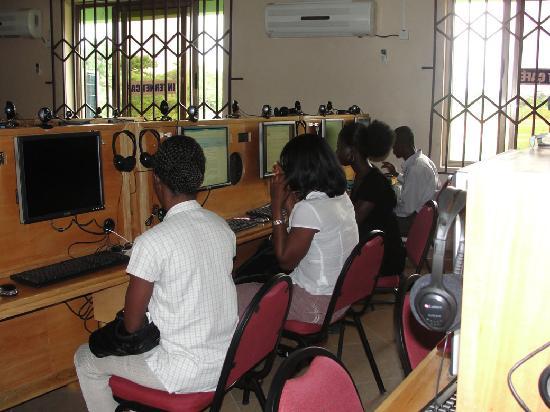 It’s really weird to think that there was a time where we all didn’t have phones that could connect to the internet and if we needed to use the internet, we had to go to a cafe. What were we doing to while away time?? Lmao! I know after we were introduced to the wonders of the internet, majority of us used to stay in cafes for long hours, buying time when the previous hour or 30 minutes was up. Check out some of the things we remember about using the internet in the early 2000s.

1. The Internet cafe was your happy place

Once you entered, all your worries just slipped away. You were with like minded people who just wanted to know what was going on in the world. You always planned on spending at most 2 hours in there but deep down you knew it was going to be more so you carried extra cash just in case.

There weren’t many social media apps then. All you needed was Facebook and before you could get an account, you had to create an email account. Yahoo mail was the one most of us used. Once you had a Facebook account, you were part of the “it” people. You and your classmates could chat when not in class. Who would have thought?

3. You needed to finish whatever you were doing within a particular period

You paid for a specific time to use the internet so you need to finish whatever you’re doing within that time otherwise you’ll be cut off in the middle of what you’re doing and you had to pay for more time.

I don’t think this point can be explained any further. For some reason shorthand was the “it” thing those times. The shorter you could make the words, the better. Some were very hard to read and interpret but that was all part of the fun.

5. Watching and downloading videos were banned

Cafe owners were just trying to protect their computers from viruses. Some people would find adult content and wanted to watch and download it for some reason which always ended up in viruses being downloaded.

What else do you remember? Let us know in the comments section.