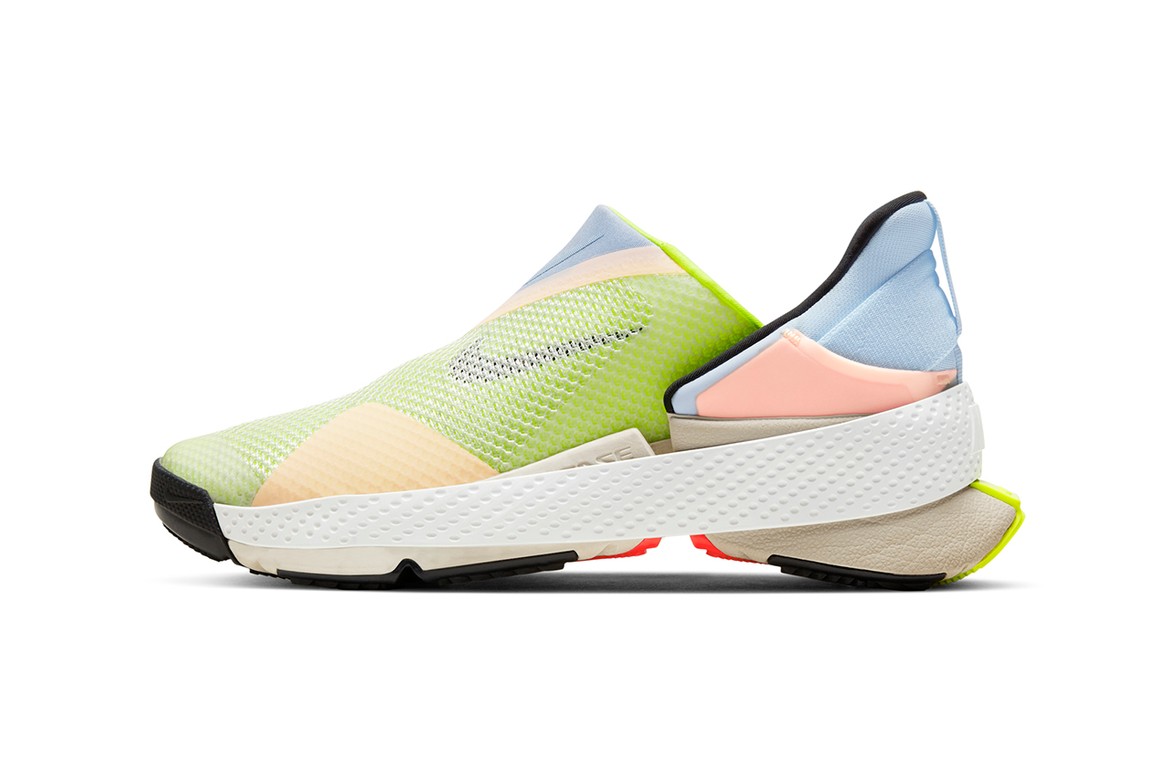 Nike has officially unveiled its all-new GO FlyEase sneaker, described by the brand as its first hands-free sneaker. The sneaker is designed for ease of access, meaning it can be kicked off or put on without an extra thought.

The sneaker is built around a bi-stable hinge, allowing it to be secure in both fully open and fully closed states. Other features that aid its performance include a Kickstand Heel — designed to mimic how people kick off their shoes without compromising the heel design — and a “Diving Board” that creates a continuous footbed for comfort and stability. Lastly, Nike has added a tensnioner band to hold the shoe in its open or closed positions.

With its technical elements, the Nike GO FlyEase is designed for both athletes and people on the go. Speaking about the design, champion fencer Bebe Vio said, “Usually I spend so much time to get in my shoes. With the Nike GO FlyEase, I just need to put my feet in and jump on it. The shoes are a new kind of technology, not only for adaptive athletes but for everyone’s real life.”

The Nike GO FlyEase is due to release via invite for select Nike members on February 15, before a wider release takes place later this year.