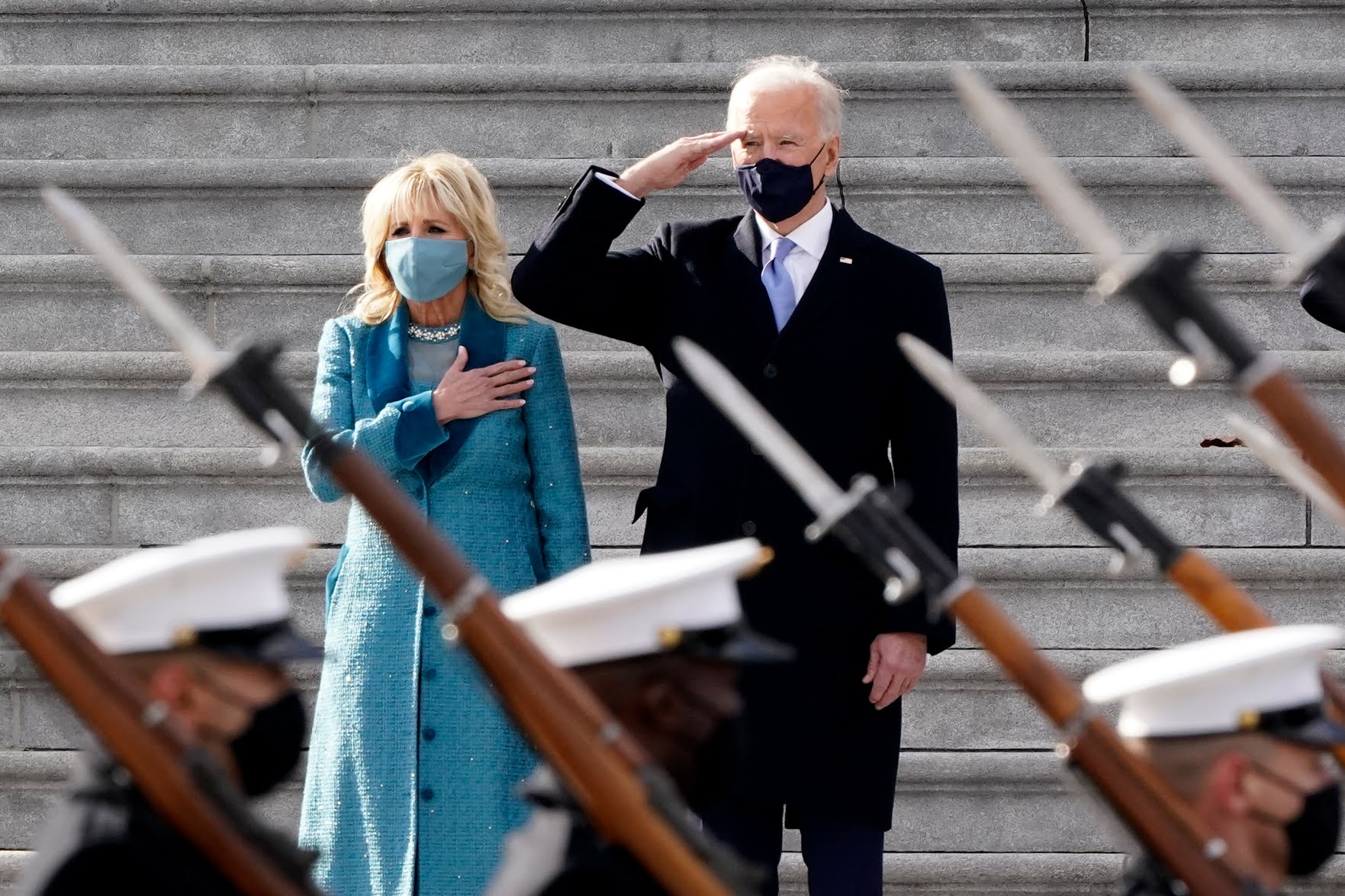 President Joe Biden and Madam Vice President Kamala Harris have both been sworn into office at the 46th Presidential Inauguration.

The inauguration crowd size was extremely limited as the capital, Washington, DC, has been under lockdown due to security fears prompted by the deadly riot at the US Capitol on January 6.

On key thing to note is Vice President Kamala Harris, who is Black and of South Asian descent, is the first woman to hold that position.

Below are images from the 46th Presidential Inauguration of the United States of America.

Barack and Michelle Obama arriving at the 46th Presidential Inauguration.

Bill Clinton and Hillary Clinton arriving at the Inauguration ceremony

Lady Gaga singing her rendition of the American Anthem