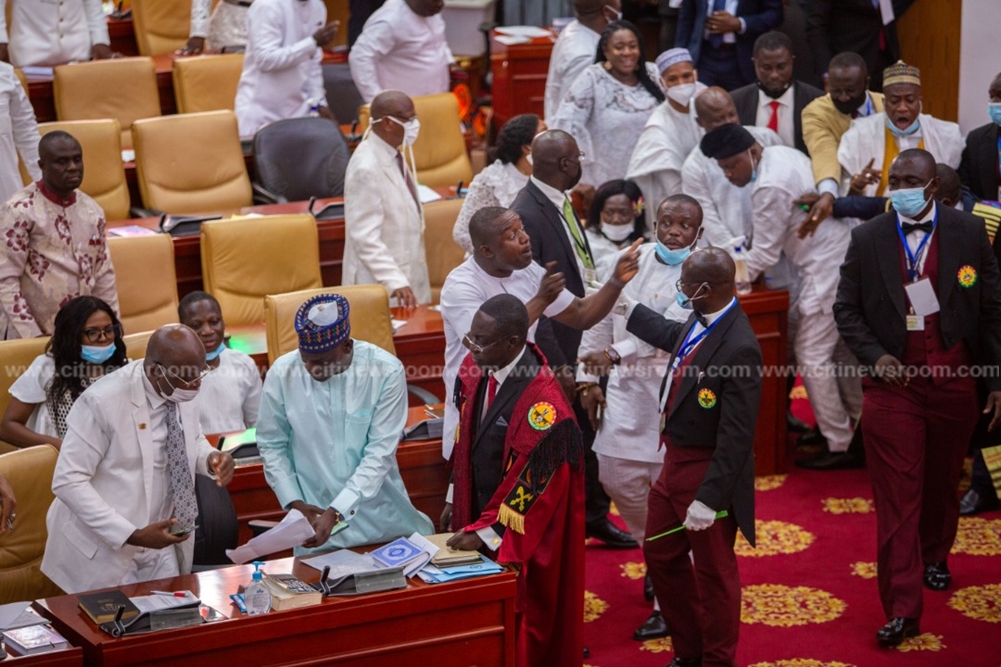 Ghanaians have condemned the actions of Parliamentarians during the inauguration of the 8th Parliament of Ghana on the dawn of January 7, 2021. The ceremony was marred with confusion and chaos.

The chaos started with a debate between the National Democratic Congress (NDC) Caucus and the New Patriotic Party (NPP) Caucus over the eligibility of the Member of Parliament (MP) elect for Assin North, James Gyakye Quayson, to participate in the election of a Speaker for the House.

The situation became worse when the Clerk of Parliament stated that he cannot recognize Mr Quayson as a member for parliamentary business and the election of a Speaker owing to the restraining order from the Cape Coast High Court. Mr Quyason, however, was later allowed to participate in the election of the Speaker.

The chaos that marred the ceremony was not well received by Ghanaians. Some of them took to social media to expresss their disgust at the actions of the parliamentarians.

Here are some of the reactions: