Kuulpeeps – Ghana Campus News and Lifestyle Site by Students
Home POP CULTURE Fashion Did You Know: Umbrellas Were To Provide Shade From The Sun And...
Facebook
Twitter
WhatsApp 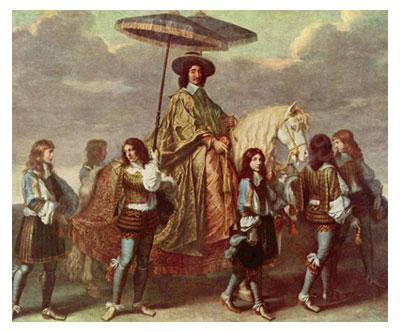 Early umbrellas were known parasols and they were designed by the Egyptians around 1000 B.C. The first models were made from feathers or lotus leaves, attached to a stick, and were used to offer shade to the nobility.

By the time they got to other parts of the world, they began to be regarded as status symbols, especially in China.

Servants would hold theirs during carriage rides to protect members of the royal family from inclement weather. These umbrellas weren’t made from leaves and feathers as they were in Egypt. The frame was instead constructed from cane or sandalwood, while the covers consisted of leather, cloth, or silk. If you weren’t Chinese royalty, you couldn’t use these fine materials. You were made to use flimsy models constructed from stout paper instead.

Thanks to the Silk Road, which was a network of trade routes in China, umbrellas eventually made their way to Japan, Korea, Greece, India, Rome, and North America. Now they’re part of many cultures around the world!

Adult Acne: 5 Surprising Causes (And How To Get Rid Of It)

Reading More This Year? Here Are 4 Amazing Ghanaian Blogs Worth A Follow

Harmattan Came Back With The Quickness: Here’s 5 Essentials To Help You Survive It