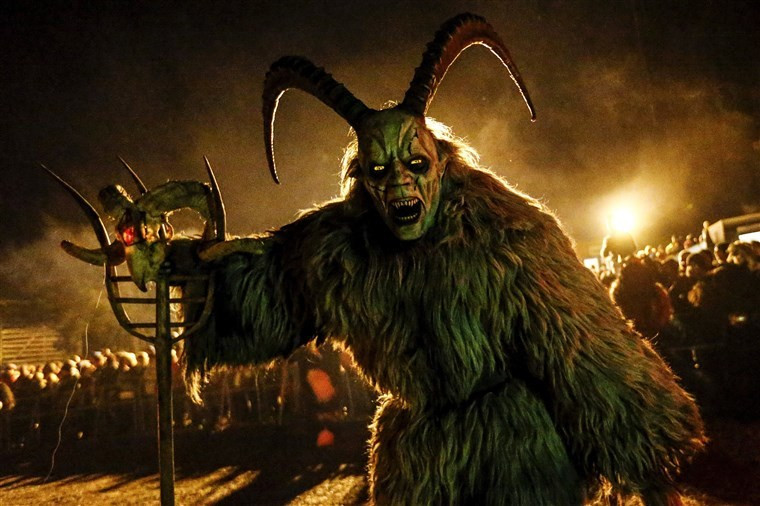 The typical Ghanaian holiday traditions include eating Fufu, Jollof, Fried Rice, chilling night after night, kids lighting knockouts and the likes. While we are out here doing this, other countries have their own traditions which are… very unusual especially considering the fact that it’s about Christmas. They range from being enchanting to the bizarre and even to the most horrifying ones – at least, through the Ghanaian lens. Here are some of them.

Norwegians believe that Christmas Eve coincides with the arrival of evil spirits and witches. It is only logical then, that Norwegian householders hide all their brooms before they go to sleep. After all, nothing spoils Christmas quicker than finding your broom in broken pieces at the foot of a tree, trashed by some joy-riding witch. (Source: wanderlust.co.uk)

One of the weirdest festive traditions we’ve heard of comes from Iceland, where a giant cat is said to roam the snowy countryside at Christmas time. Traditionally farmers would use the Yule Cat as an incentive for their workers – those who worked hard would receive a new set of clothes, but those who didn’t would be devoured by the gigantic cat-like beast. Today it is customary for everyone in Iceland to get new clothing for Christmas to avoid an unsavoury demise. (Source: holidayextras.com)

In Austria, it is believed that a ghoulish creature called ‘Krampus’ which is the evil accomplice of St Nicholas, wanders the streets in search of badly-behaved children. During the month of December you can expect to see terrifying masked figures out and about scaring kids and adults alike with ghastly pranks.

Venezuelans in Caracas strap on their rollerblades on Christmas morning each year and take to the streets to skate to mass, as 70% of the population is Catholic. The government actually closes the streets until 8:00 am on Christmas day in order to make sure it’s safe for families to enjoy the holiday tradition together and get to mass without too much difficulty. (Source: thetravel.com)

Which of these shocked you? Let us know in the comments section.