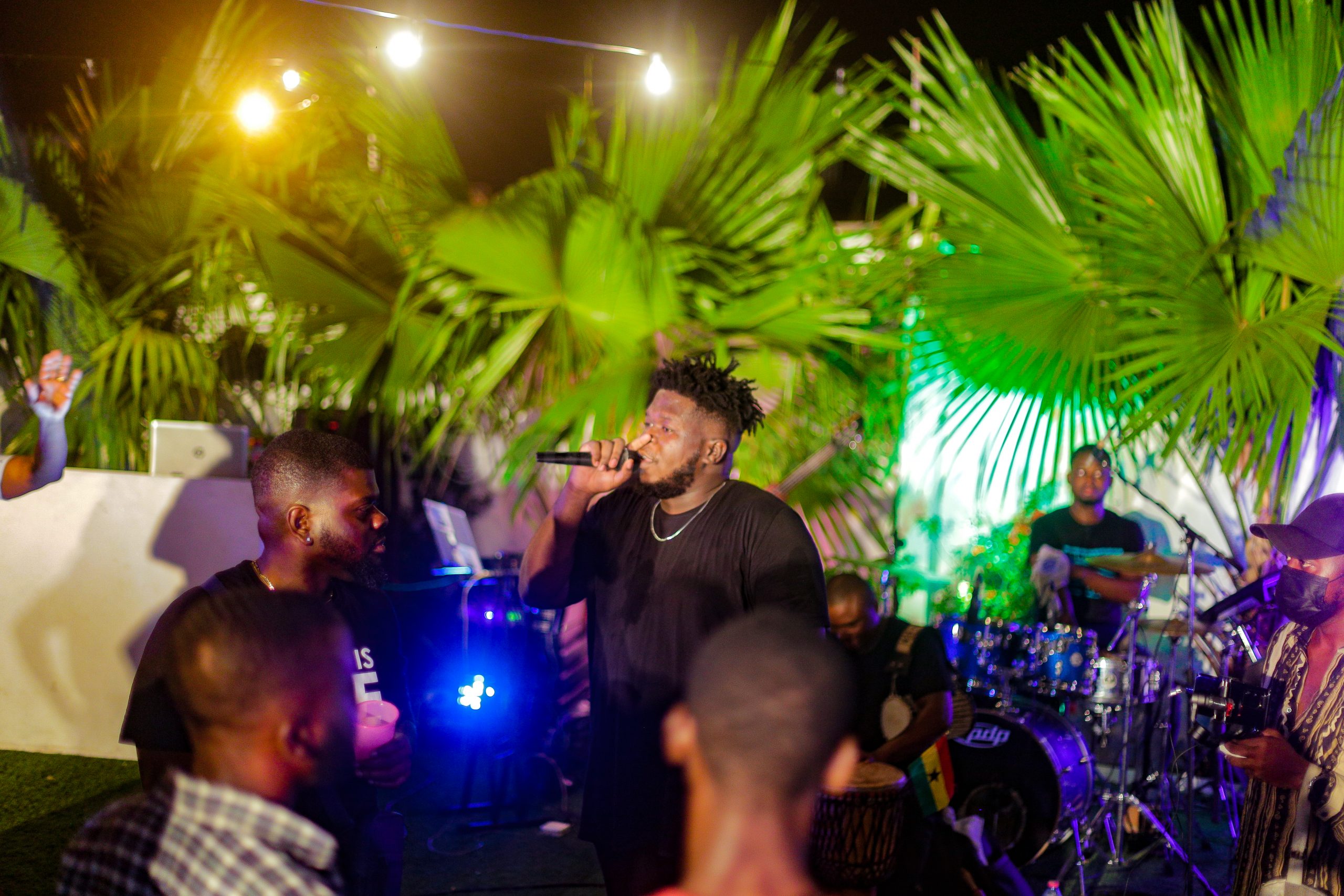 If you’ve got a live band show and are looking for the perfect artistes lineup, you dare not exclude ToluDaDi.

For those of you who don’t know, ToluDaDi is a Ghana-based Nigerian artiste. His music has always stood out as something special for me and this year, after dropping his debut album, Stimuli… it seems more and more people are finally getting drawn to this extremely talented artiste.

Yesterday he headlined his first show… Stimulive at Serallio for his Stimuli album. Now if you’ve been reading my stuff at all, you’d know I’m a sucker for small gatherings and a good show. Miss me with the loudspeakers and exercise routines in front of the stage…

The artiste lineup for the Stimulive show had me excited for one. I knew most of them were superb performers and was expecting nothing but the best. I was bored.

The show started over an hour after the stipulated time. I noticed no one was really bothered because everyone seemed to be having a good time hanging out and chitchatting… booze does that but the wait could have been much much better if the DJ (whoever it was, if there was even one) put in a little effort to keep the crowd happy. It was devastatingly jerky and each interlude to the next performance was just tiring.

I barely remember the MC’s role as an MC and the performances…well, even though some managed to get short bursts of enthusiasm from the crowd, I’d blame them being disappointing on technical issues than talent cos l knew some of them could rock our world if they could. Things looked random until the headliner got hold of the mic. Then all was right with the world.

ToluDaDi’s performance skill is definitely unmatched. It’s not just his voice and how he effortlessly goes through each song. It’s the way he connects with the whole crowd and the band: it’s a proper performance.

You don’t have to know him or his music to enjoy the performance but one thing you’d definitely do is ask “who is this?” and follow up on his music after. Another high point…the band. Incredible incredibly awesome! Maybe if they’d played for all the performing acts… the show would have a been 10/10 because every act (I think) they played for gave us an amazing show.

Special mention to Asi Rene who immediately and as usual captured everyone’s attention with her voice. Offei’s performance…I’ve seen him do better and expected more. But someone who deserves a very special mention is an artiste named Avit. First time hearing him and he deserves applause for reviving the place with his entertaining performance. Honestly the fact that he performed ToluDaDi’s song to get the crowd going even more at some point is proof that everyone there was genuinely there to support an artiste they love.

Loyalty and love from fans? Always here for it!

UPDATE: ToluDaDi just issued out a statement apologising for the delay and technical problems so… all is right with the world again I guess.

Watch snippets of ToluDaDi’s performance below: