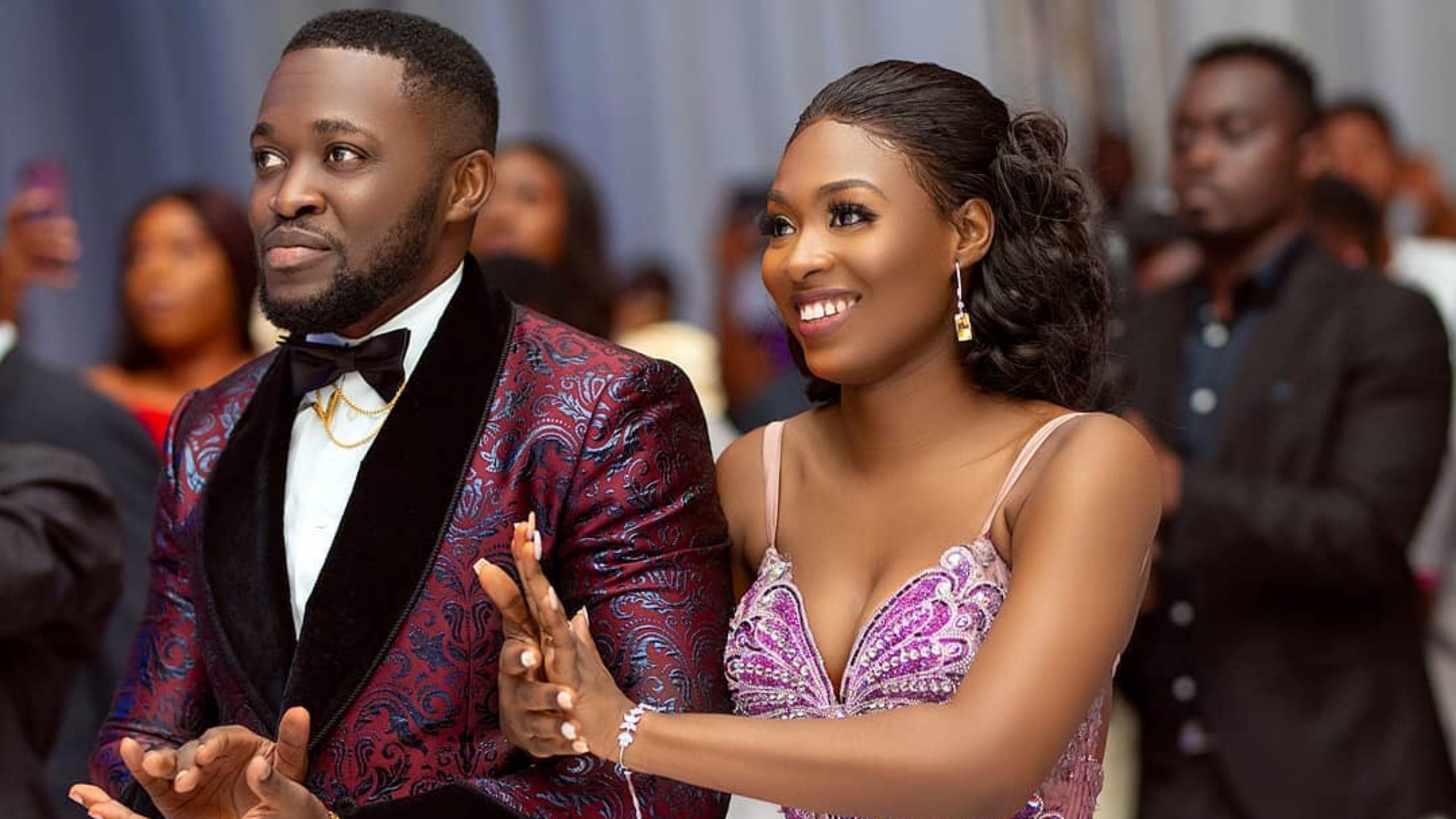 Even though this year came with a lot of bad, it was countered by a lot of good too. A number of people decided to make their love official despite Corona. A lot of Ghanaian celebrities were not left out as they tied the knot in beautiful and in some cases very expensive weddings. We gathered a few of them that happened this year which caused a lot of buzz.

Grace Kaki Awo Ocansey, popularly known as Kaakie, was the first Ghanaian musician to tie the knot in 2020. Kaakie’s traditional wedding ceremony came off on Thursday, 2nd January 2020 at  Manet Ville in Accra and later, the white wedding on the 4th of that same month at the Christ The King Methodist Church in East Legon. Both ceremonies were attended by very close family and friends.

The President’s niece Hilda Aku Sika Akuffo got married to Brian Bekoe on the 18th of January this year. The ceremony was held at the former seat of government, the Christianborg Castle in Osu and it ticked all the boxes – elegance, decor, and scenery. Present were Ghana’s President, Nana Addo Danquah Akufo Addo, former President John Agyekum Kufour and the ever-fashionable Nana Konadu Agyemang Rawlings.

Business mogul Osei Kwame Despite walked his beautiful daughter, Anita, down the aisle on Thursday, January 23, 2020 in a beautiful wedding ceremony where she and Aboagye Amfo-Akonnor tied the knot. The wedding was an intimate and small one as compared to KENCY2020 with some friends and family members in attendance.

Nobody is forgetting about #KENCY2020 anytime soon. The first son of the Ghanaian business man, Osei Kwame Despite, Kennedy Osei took the hand of fashion illustrator Tracy Asante in a very dreamy traditional wedding. On the 13th of February this year, #KENCY2020 shook the internet with a traditional wedding full of luxury and also demonstrated a beautiful display of rich Asante culture. The white wedding took place at the Faith Presbyterian Church at Shiashie with a convoy of luxury cars and horses leading the bridal train.

On the 7th of March, these 2 tied the knot in a traditional wedding at the Odehye Gardens at East Legon. The wedding was attended by other known people like Shatta Wale and Afia Schwarzenegger among others. One of the shocking things we will always remember from their wedding was when Fella Makafui fainted at the wedding. She recovered after she was rushed out of the venue and later claimed that she faked it. People suspected it was because she was pregnant and a few months down the line, they confirmed it with the music video “Odo” by Medikal ft King Promise.

The actress tied the knot with King Kaninja, a sports presenter with Angel FM, at a private ceremony on May 14th this year. Before this, pre-wedding photos of Xandy with her lover surfaced online which surprised fans because the controversial actress is known to be very vocal about her relationship and sex life but has never disclosed she was dating the Angel FM presenter.

Kumawood actress Rose Mensah, popularly known as Kyeiwaa, and her husband, Michael Kissi Asare, held a traditional marriage ceremony on July 24. The ceremony happened after they did a private court wedding that took place in Massachusetts in the United States of America, in January this year.

The singer and his beautiful bride Salomey Selassie Dzisa had their traditional marriage on Thursday, August 13 in Tema. Joe Mettle managed to keep his personal life out of the public eye but in recent times, rumours were swirling that he was getting married to media personality Berla Mundi. He denied them and his wedding invitation, which popped up a week before the wedding put the matter to rest as Selassie’s identity was revealed.

The Ghanaian millionaire Mr Kwesi Dadzie, popularly known as ‘VAL’ tied the knot with his beautiful wife, Portia Brenya on 24th October this year with the hashtag #becomingdadzie. The plush wedding showed the display of powerful luxurious cars, spraying of money on the bride and the groom, many loved ones and friends filling the auditorium to its fullest capacity. The bride, Portia, received a brand new Mercedes Benz S Class 450 as a gift from husband at their plush wedding reception.