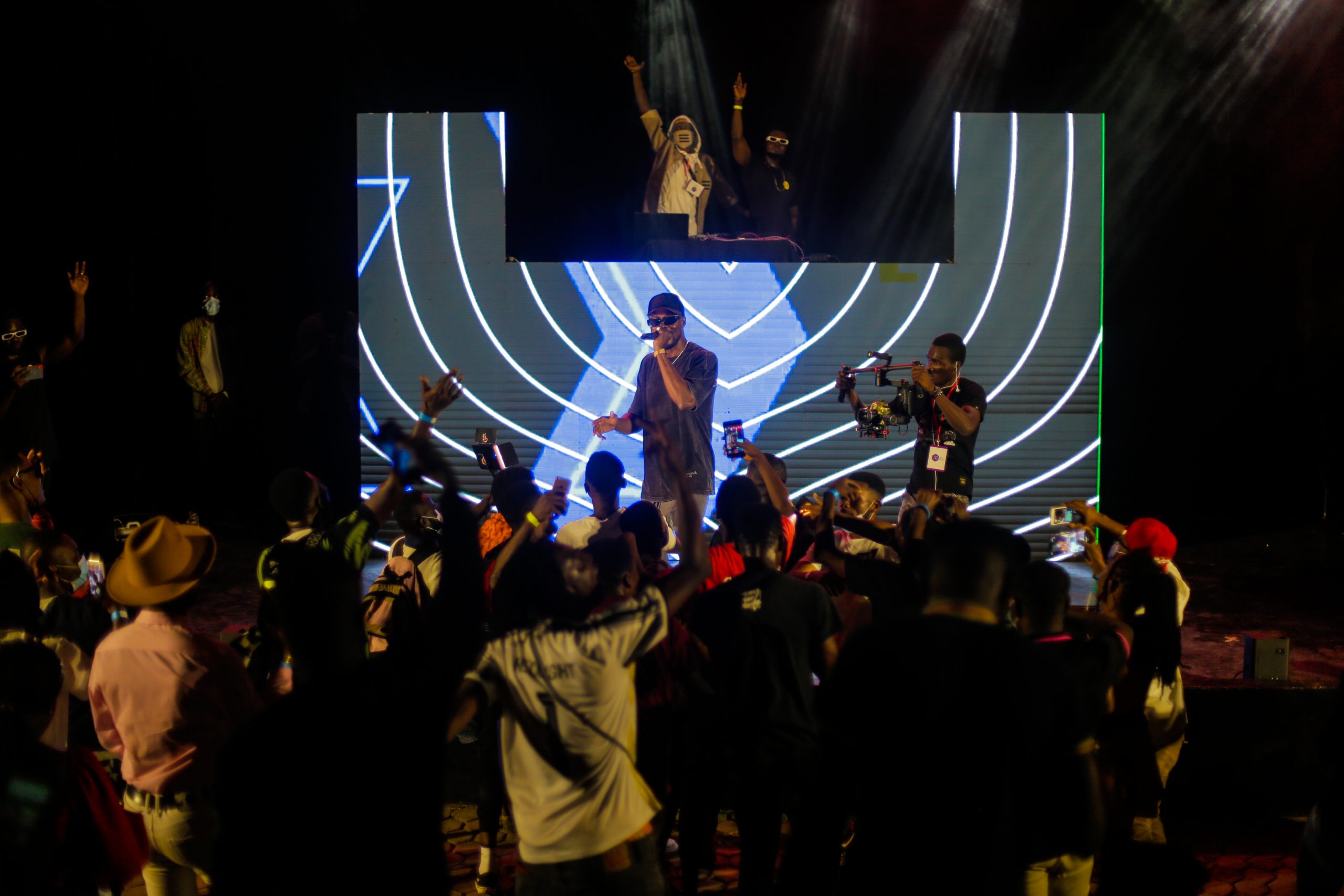 One thing I especially love about shows at Alliance Francaise is how artistes get to connect with their fans. There’s something about the place that makes the regular jumping on stage always seem like it’s not enough.

E.L’s BAR concert went down at Alliance over the weekend and aside from the fact that the show didn’t start on time, everything else wasn’t so bad at all. Over an hour after the time stated on fliers, the show kicked off and two things stood out the most for me after the show: the fan love and the amazing display of talent.

There’s a future for GH Hip-hop and it was evident in every emerging artiste’s performance. Seeing people jam to music they aren’t even familiar with means most of these guys are making solid stuff and I must say, whoever handpicked these guys to perform made excellent choices because most of them were entertaining.

A stand out performance for me would be a rapper named Siriboe’s performance. I do not know who he is but his energy was mind-blowing and his music was such a vibe! The highlight of my night would be Lyrical Joe rapping for almost 9 minutes, non-stop. It was absolutely crazy and I don’t know about others but I was so impressed.

Yung Pabi’s stagecraft remains undefeated and it was awesome to see what could have been a result of his influence in Kojo Vypa’s performance. Putting effort into your performance? I’m here for that always!

As usual, Kojo Manuel’s performance as an MC was stellar but there was some sort of synergy lost between him and the DJ which was quite frustrating for me. E.L’s performances were beautiful to see only because of the fan reaction every single time. The love from his fans present was so evident and I bet most of them were not fully satisfied because let’s be honest…E.L barely performed.

As the show’s headliner, I feel he should have spent more time on stage because, in the end, the BAR concert felt like a hip-hop show without any headline act.

I totally enjoyed it regardless and I honestly don’t think anyone’s pushing GH hiphop and the emerging hiphop acts as well as E.L is doing with his annual BAR concerts and his BAR mixtapes.

Watch some of E.L’s performances below and catch up on more on Kuulpeeps’ IGtv