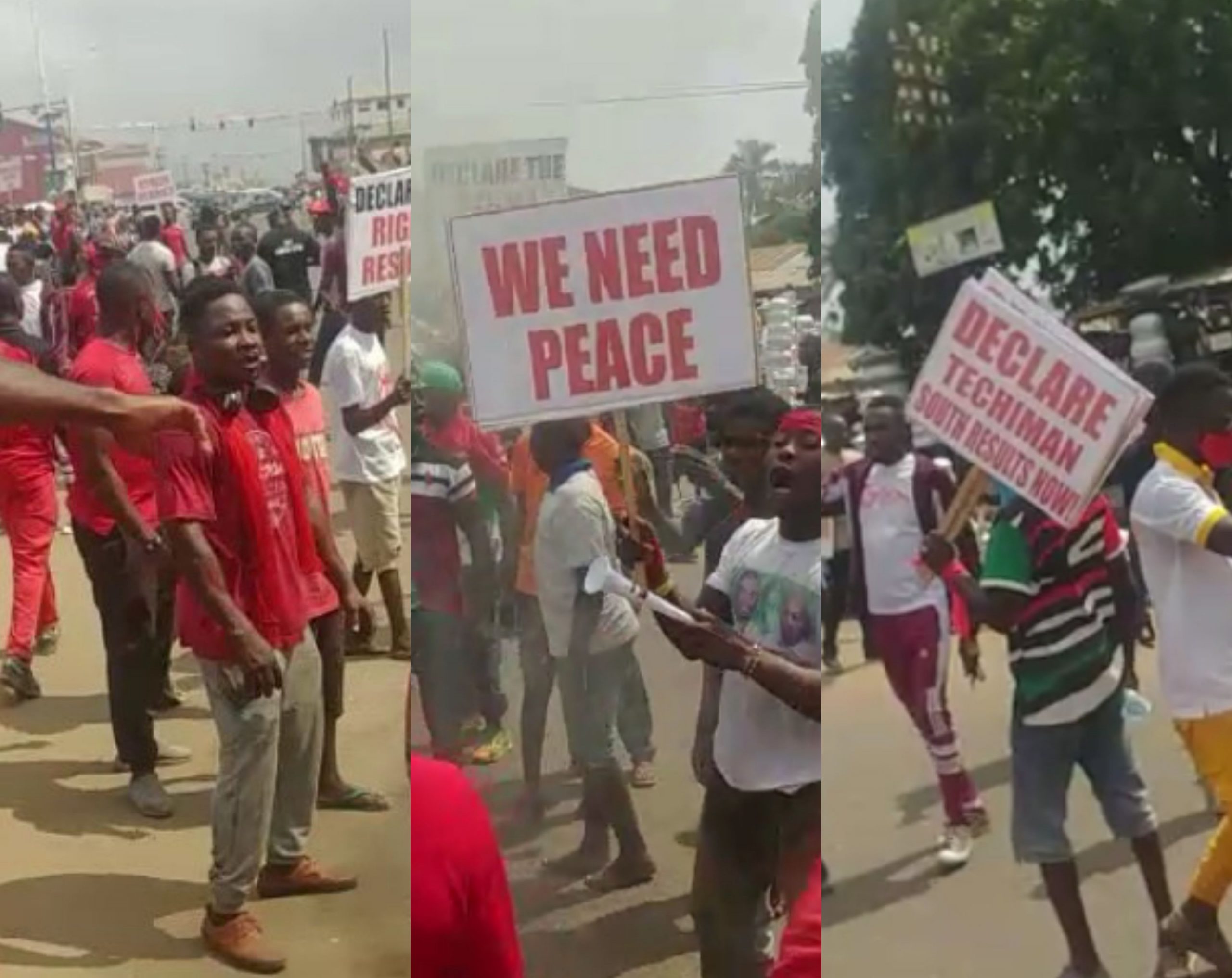 Supporters of the National Democratic Congress (NDC) have staged protests in some parts of the country over the 2020 election results declared by the Electoral Commission.

These protests follows the rejection of the outcome of the December 7 polls by the executives of the NDC and its flagbearer, John Dramani Mahama.

Over the weekend, protests were held in Ashaiman and Ablekuma in the Greater Accra region.

According to Ernest Henry Norgbey, the Member of Parliament (MP) for Ashaiman, the party in his constituency will keep protesting until the Electoral Commission corrects its purportedly error-ridden presidential results.

Here’s a video of the protest that was held in Ashaiman:

Here’s also a video of the demonstration in Ablekuma:

Eva Appiah: The Ghanaian Who’s Now A Legislative Fellow In The...

May 7, 2021
Eva Appiah is a Senior Master Sergeant for the 357th Airlift Squadron of the United States Air Force. She was recently selected as the...

Kingsley Amankwaa: How This UCC Student Started A Business To Satisfy...

Get All Your African Print Friday Work Inspo With These Looks...