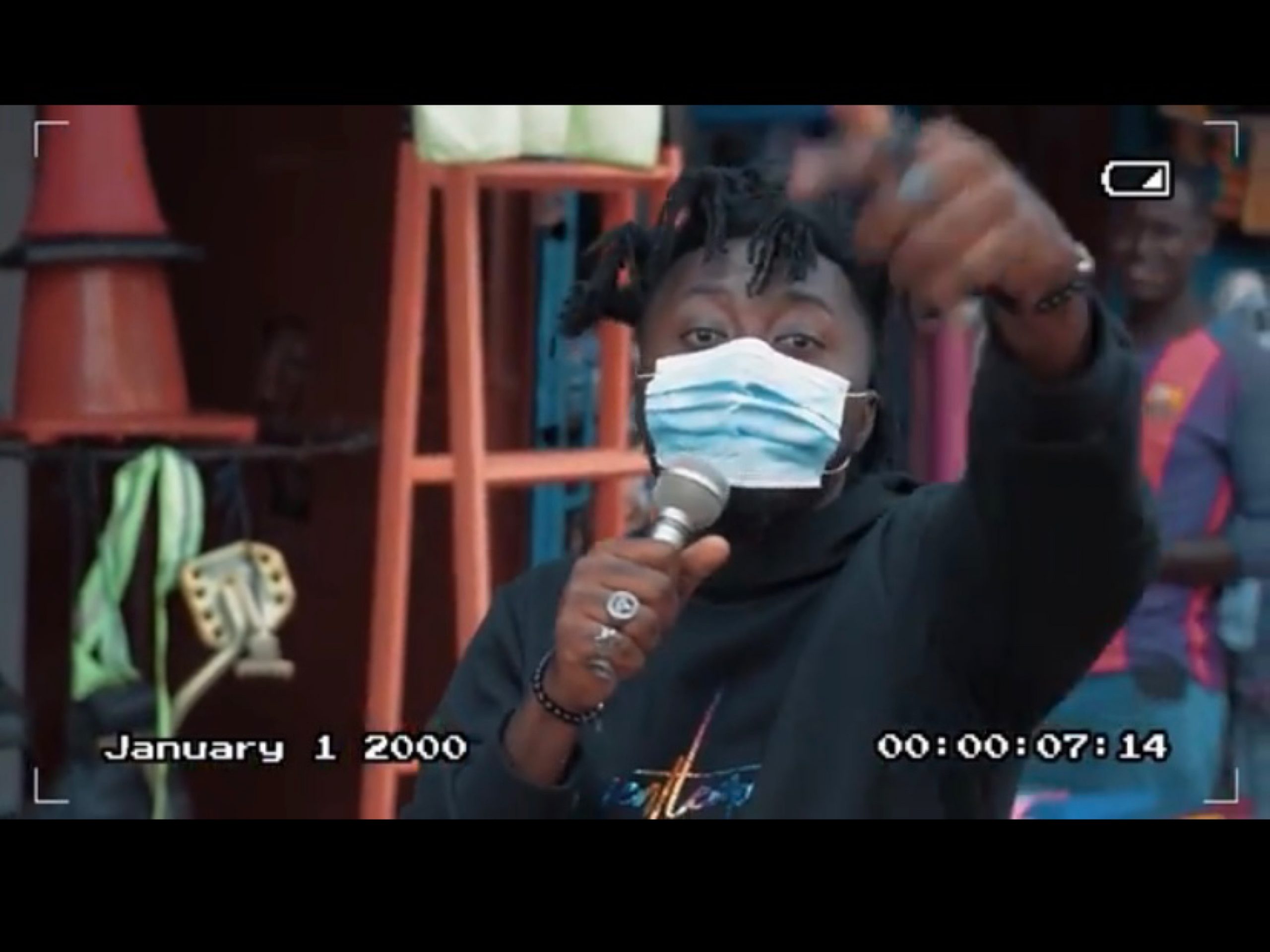 After announcing that he wouldn’t be dropping Yeete Nsem this week because he was in Kumasi doing promo for his music, Amerado changed his mind last minute to still give us a Yeete Nsem episode.

His reason? Way too much was happening to not talk about it.

This time, the SARP.the.KR8to-directed video took on a different look and feel from the usual Yeete Nsem setting. As Amerado rapped and gave us inside details on what was happening in Kumasi with Shatta Wale’s Kumerica Invasion project, the camera followed him from his studio into a taxi and to the streets of Kumasi.

He also talked about the American elections with Donald Trump and Joe Biden and spoke about the death of former President Jerry John Rawlings.

As usual Amerado featured other rappers, posing them as concerned citizens who shared their opinions on whether or not an artiste endorsing a presidential aspirant affected their voting choice in any way.

He ended the video with what he set out to do in Kumasi anyway… promo for his new single featuring Okyeame Kwame.

Watch the episode below: