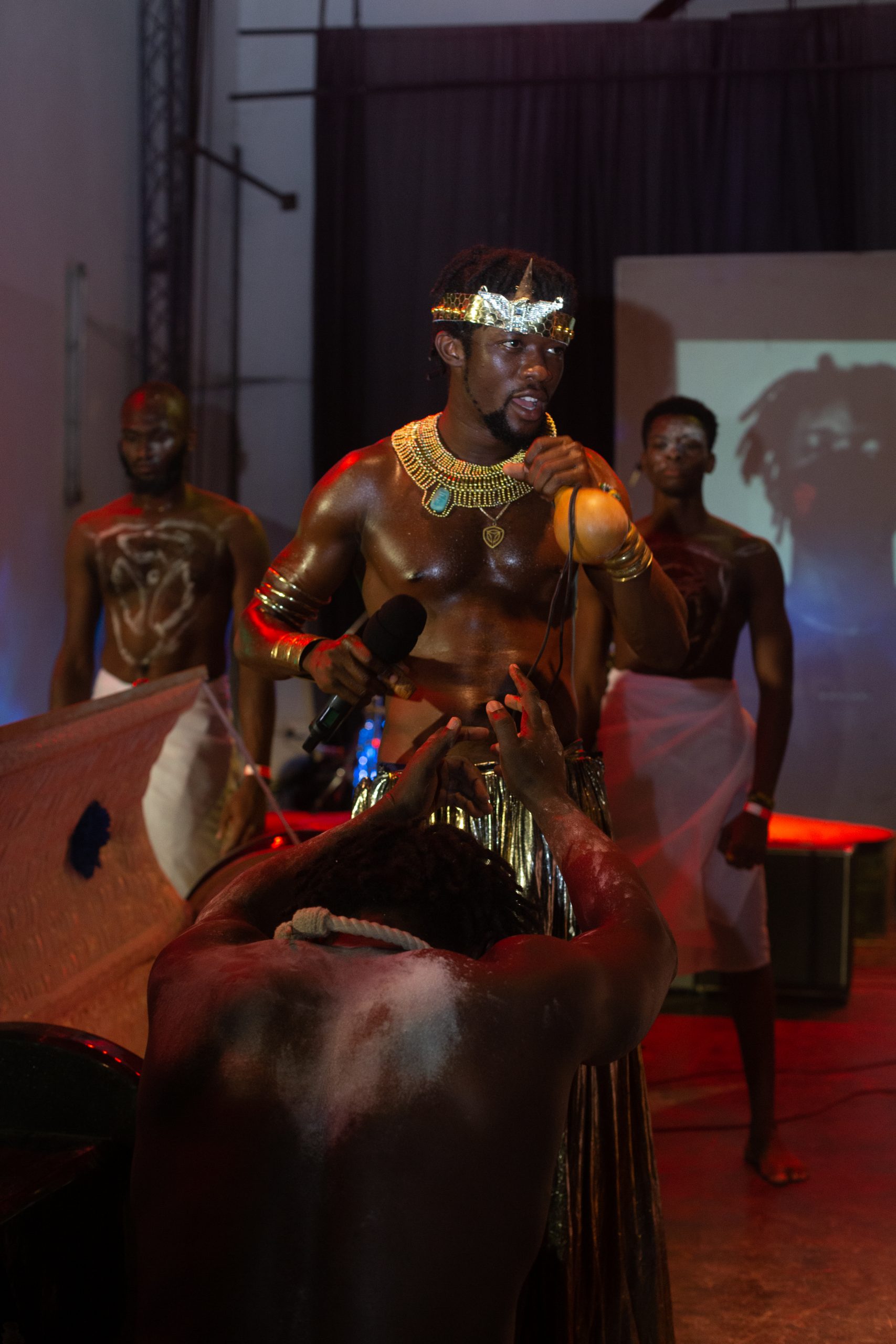 Worlasi’s annual ‘Worlafest’ concert happened last night and as usual, it was extremely entertaining. To be honest, you don’t expect to go for a concert at Alliance Francaise and expect a shit show…the people I call regulars (Fokn Bois, Akan, Worlasi and others) always put in effort to make the show an amazing one and for a nearing 30+ person like me, I appreciate the fact that the show ends early (max 12am).

If there’s one thing I’m going to look forward to at subsequent Worlafests, it’s definitely going to be his opening performance. Last year, he made a chilling entrance on a horse to his song Woezor and this year, he topped things by arriving in a coffin!

The fact that it was one of those coffins designed to suit the client (a microphone shaped coffin) was amusing but symbolic of course considering the fact that he used his song “We Go Die” — a reflection of the words of the song that says we are all going to die someday. There’s no point fearing death because it’s inevitable.

I’m sure I wasn’t the only one with chills… goosebumps and all, hearing him chant the seemingly meaningless words that suddenly seemed to hold some power: “Bamba kaskey samana” while his pallbearers slowly brought him on stage with dimmed lights and the Senku band’s drums adding some effect to the whole godlike moment — how can you not be a fan of Worlasi and his craft?

He’s established several times that he’s an exceptional performer, and he and the Senku band are a formidable team so of course, every Worlasi performance was just mad entertaining. He performed most songs off his The Man and The God album, spoke some truths about man, politics and even sprinkled in the performance of a few fan favourites from his older discography.

One thing that’s been lost on me but suddenly became glaringly clear yesterday was that Worlasi’s fanbase, the Worlamy are a loyal bunch and they’ve got nothing but mad love for the artiste.

If he hadn’t put in an elaborate effort for his performances and just sat in the crowd with his mic, best believe everyone would have still been satisfied. Everyone was having fun: The Senku band excitedly performing and playing the instruments, Worlasi jiggling his ass, the fans jumping, dancing or just nodding their heads to each performance… it was nothing but good vibes.

This doesn’t mean everything was perfect of course. Shaker’s performance looked like he happened to be around and just decided to get on stage to perform which was sad because the crowd was pumped for his performance when he was announced.

First sign of trouble was when he didn’t appear when he was called by the MC for his performance. Eventually, after other performances, he came on stage in a black hoodie (I won’t lie, I was disappointed because with the delay and all, I was expecting a grand entrance) and proceeded to perform like the annoying DJ who cuts off the music right at the point where you’re about to get lit to.

Other performances were great tho. Asi held us spellbound with her voice, Adomaa performed songs off her Barely Adomaa project, Marince Omario seems to have got new fans after his performance, Kafui Chordz, Reynolds The Gentleman and other new performers definitely impressed me.

Aside the music, Worlasi’s costumes were amazing. He also took moments mid performance to honour the legendary Hammer, Wiyaala, Manifest and Fokn Bois with awards for being massive contributions to his music and his growth as an artiste.

A cultural troupe entertained us with a dance routine and a skit that portrayed something I’d be satisfied to see happen soon: electorates realising their true power and refusing to be bamboozled by greedy politicians.

Worlafest in general was a great event. One I’d recommend for anyone looking for great energy, amazing live performances and a feeling of family in a not so crowded space. (And seats… for the 30+ fans who want to jam but know they’d get tired, LOL).

You missed out and hopefully next year, we’d get to jam again.